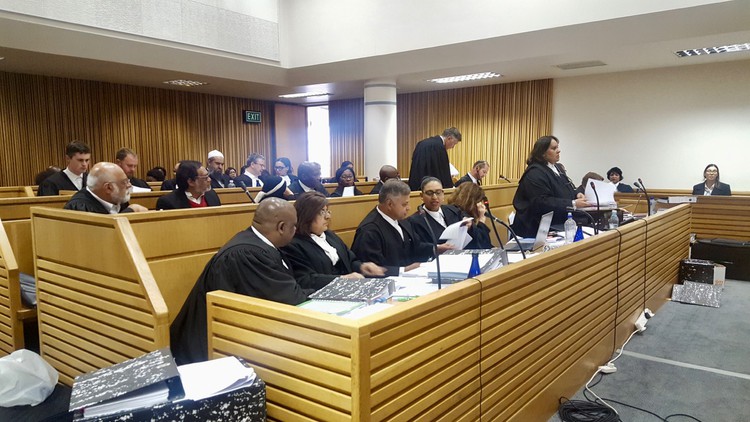 The Women’s Legal Centre has launched an application in the Western Cape High Court seeking relief aimed at providing women in Muslim marriages with the same legal protections afforded to those who enter into civil marriages, customary marriages, or civil unions. Photo: Zoe Postman

The Women’s Legal Centre is asking the Western Cape High Court for married Muslim women and their children to be provided with legal protection. This is especially for divorce or when the husband dies.

“The matter is very important to the women that the Women’s Legal Centre (WLC) serves, and should we not be successful, we will assess our options and decide whether the case should be taken to a higher court,” said Seehaam Samaai, director of the WLC.

Samaai said: “Religious marriages, such as Muslim marriages, have no legislative protections for persons married according to religious rites. This means that upon the dissolution of such marriages, predominantly women are left without legal protection when it comes to issues such as divorce, maintenance, intestate succession and so on.” She said that although the courts have addressed some of the unconstitutional consequences flowing from this non-recognition, “the relief has been piecemeal and limited.”

She said the application launched by the WLC seeks relief that will provide women in Muslim marriages and the children born of such marriages with the same legal protections as people who enter into civil marriages, customary marriages, or civil unions.

According to Samaai, the WLC continues to receive women seeking help with the “unregulated consequences” of their religious marriage.

But Muhammed Vawda, secretary of the Society for the Protection of our Constitution, disagrees. He said, “Our courts, including the Constitutional Court, has used domestic law remedies to solve the problems that women have, including married and unmarried women. There is nothing raised by the legal centre which cannot be resolved within the current legal framework in South Africa with competent lawyers.”

He said Muslims were divided. For some, the problem is that the Quran is revelation and it cannot be changed, but going to court will make it subservient to the Western values of the Constitution. “The moment you throw your religion into law, it will destroy it because of constitutional supremacy. So this is why we are saying, keep the law and religion away from each other. Those who want to register their marriages are free to do so; nothing stops you. Every challenge that they say Muslim women experience, any other woman in any culture or religion can experience. But the lawyer must be able to use the law to protect their client.”

Those opposing the WLC application include: the President of South Africa, Department of Home Affairs, Lajnatun Nisaa-Il Muslimaat (Association of Muslim Women of SA), and the United Ulama Council of SA.

However, Samaai said, the centre wanted “an outcome which results in the recognition of Muslim marriages as valid marriages, and will result in the regulation of the consequences of such marriage. We want an outcome that upholds Muslim women’s constitutional rights to equality, dignity, the right to freedom and security, and to protection against arbitrary deprivation of property.”