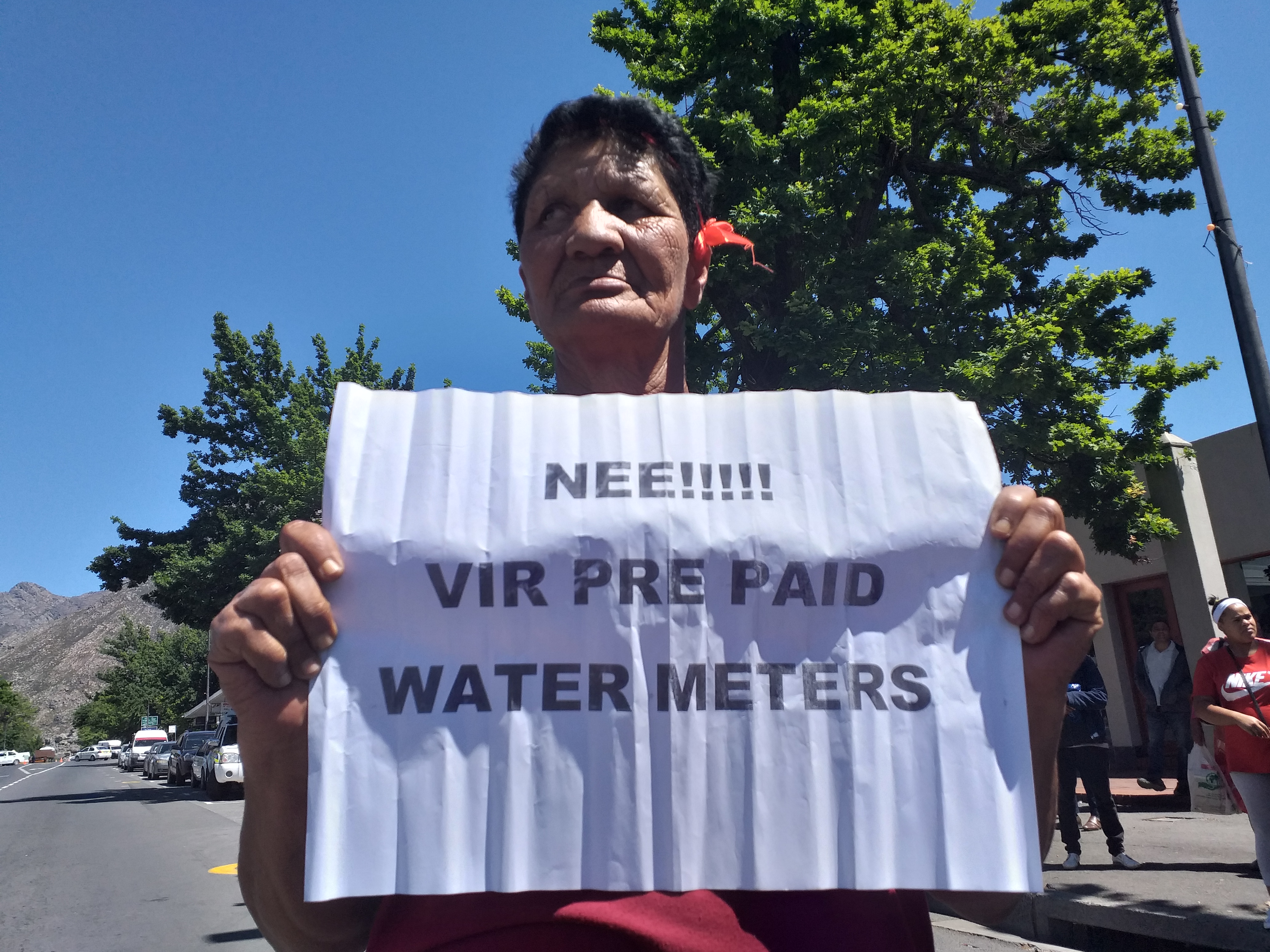 Martha Lucas, from Bella Vista in Ceres, says her indigent subsidy was stopped after she refused to sign for a water management device. Archive photo: Barbara Maregele

A group of Witzenberg residents are locked in a fight with the municipality over the installation of water management devices on their properties. The residents, backed by the Fighting for Water Justice Coalition, have accused the Witzenberg Municipality in the Western Cape of cancelling their indigent grants because they refused the installation of prepay water meters.

They are planning to head for the Western Cape High Court to argue that this action by the municipality is unconstitutional and to demand a full investigation. The municipality includes the towns of Ceres and Tulbagh.

Municipal manager David Nasson had not responded to GroundUp’s questions by the time of publication.

According to the municipality’s budget for the 2019/20 financial year, indigent households receive 6kl of free water and 50 units of electricity per month; a full subsidy on sewerage and refuse removal; and 100% rebate on property tax where the value of the house is R120,000 or less.

In October, GroundUp reported on a picket where residents from Ceres and surrounding areas marched to the municipality’s offices. They demanded that poor people be given the choice of whether or not to sign up for the devices, which have been a key component of the municipality’s cost recovery plan. At the time, the municipality said it was battling to recover water payment arrears of more than R50 million.

Residents complain that the meters are only being installed in poor areas.

On Tuesday, Naomi Bentana from Fighting for Water Justice Coalition said residents were outraged after the council voted “to continue grabbing the indigent grants of the poor if they refuse to take the prepaid devices”.

Betana said residents had also refused the municipality’s offer to meet indigent households individually. Instead they requested to be met as a group, which the municipality refused, she said.

Following several sit-ins by residents at municipal offices and violent clashes with police in December, the coalition sought the help of public interest lawyer, Vernon Seymour.

“At issue is that the municipality has been issuing letters to the residents, threatening to cancel their indigent grants if they didn’t sign up for the devices. The second issue is that residents say that there was never any proper public participation prior to the installation of these water management devices,” he said.

Seymour said he sent a formal letter to the ward councillor and to Nasson three weeks ago to request a meeting to discuss resident’s concerns. “They have not responded to date,” he said.

“If they [the municipality] don’t respond by Friday, we will have no choice but to file an urgent application to interdict the municipality from cancelling indigent grants and to stop the installation of these water management devices pending an investigation,” he said.

“We also want a review of the decision to cancel indigent grants and install water meters. We want to understand how they came to this conclusion and what kind of public participation they followed,” he said.