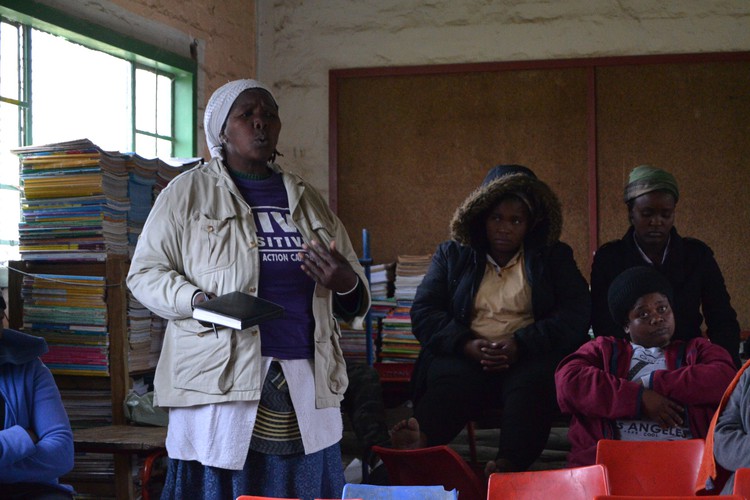 “I called the 112 [emergency] number. I told them a guy got stabbed not far from my home. I gave them directions. The person I spoke to assured me that the ambulance was on its way,” Nandipha Sinaye.

Sinaye lives in Isilatsha village near Mooiplaas just over 40km from East London. The story is telling is how she tried to assist a man who had been attacked near her home last month.

After waiting for nearly an hour, Sinaye said she called back and was told there were no vehicles available. Five hours later, Sinaye said, a man, from a neighbouring village took the injured man to hospital in his car. The ambulance never arrived.

Her complaint is a common one in this rural area.

Xolisile Sam, a member of the Treatment Action Campaign (TAC), said that in 2014 his sister was very sick. She needed emergency treatment. He believes she died “because there were no ambulances.” Sam said his family waited at least four days before the /ambulance arrived. “My sister was sick and she was on antiretroviral treatment but we believe that if the ambulance arrived on time she would still be alive,” said Sam. His sister died a week later at Frere Hospital.

Sam said that people were often forced to hire a car for R600 to take a patient to Frere or Empilweni hospitals in East London. “The health system is failing people living in rural areas. We try but it is very hard for our community to have access to the health system,” said Sam.

Last week TAC members launched an initiative where they call for ambulances on behalf of Isilatsha residents. They do this to assist with language barriers. TAC member Nokulunga Jalisile said that language was one of the main concerns when residents from rural areas contacted the emergency call centre. “This is a rural area and most people who live here are not educated. This is why we’re assisting the community by calling ambulances for them,” she said.

Sam said he uses his own money, that he earns from doing piecemeal work in the village, to make the calls. “Most people who live in this village are pensioners. They do not have cell phones,” he said.

Sizwe Kupelo, spokesperson for the Eastern Cape Department of Health, said the province had 400 ambulances and a helicopter for the East London area. He advised that the Isilatsha community should not call the ambulance base directly, but instead call the toll-free 10177 emergency service centre number. “We are currently awaiting the delivery of over 100 emergency fleet vehicles including buses,” he said.