Residents in Motherwell left without a clinic

RDP house claimed by its owner 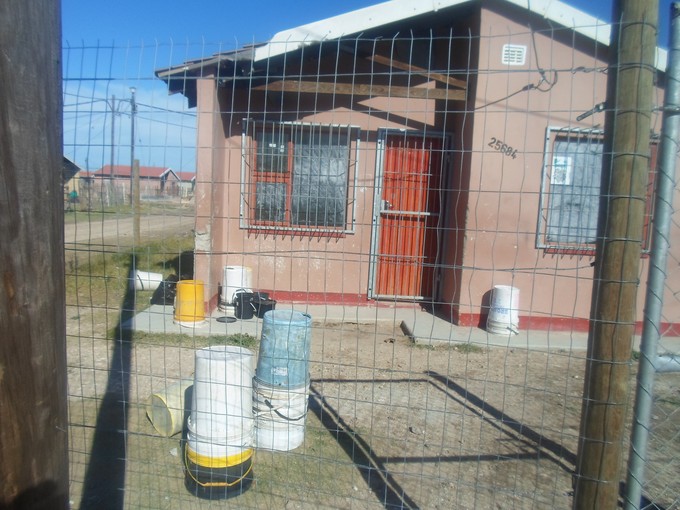 This clinic in Motherwell has closed because the owner has claimed her house. Photo: Joseph Chirume

Thousands of people in Port Elizabeth have been left without a clinic after a house used as a clinic for the past six years was successfully claimed by its owner last week.

Residents of NU 29, Motherwell, say they now have to travel more than six kilometres to seek treatment from a clinic in NU11.

A resident of five years, Simamkhele Dladla, said: “The clinic had become part of our life. It was convenient to seek treatment here. Now we have to wake up early in the morning to go to NU11. The clinic there is always overcrowded.”

Simamkhele said the clinic was far away and on the way there was an open space where criminals targeted people.

She lives with her three children who attend school in other sections of Motherwell as there are no schools in NU 29.

A resident living close to the house that used to be the clinic said: “Where has the owner been for all these years? I arrived here with my family from Uitenhage in 2010, and that house was unoccupied; criminals were hiding their loot there. They also vandalised the windows, doors and the ceiling.

“As a community we approached the then councillor to turn the house into a clinic. It was serving the community and now all of a sudden somebody claims it.”

The claimant is a 24-year-old, wheelchair-bound woman, Vuyiswa Mangunyana, who has been living with her mother in a leaking house in KwaDwesi.

The clinic was closed on 27 July.

Municipal spokesperson Mthubanzi Mniki said: “We will only respond to this issue after the municipal election.”