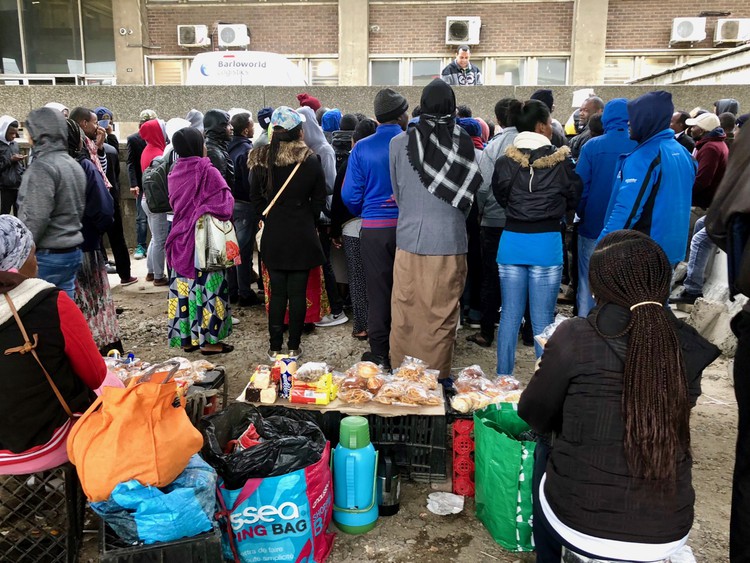 MPs were briefed on progress to re-open the refugee reception offices in Cape Town and Port Elizabeth. Archive photo of people outside the Foreshore Home Affairs office. Photo: Tariro Washinyira

More than two years after a deadline set by the courts, the Port Elizabeth Refugee Reception Office is still not fully operational, MPs were told last week.

The reopening of the offices follows two court rulings. In March 2015, the Supreme Court of Appeal ordered Home Affairs to reopen the Port Elizabeth Refugee Reception Centre. Home Affairs had until 1 July 2015 to comply.

The same court ruled in September 2017 that Home Affairs must reopen and maintain a fully functional refugee reception office in Cape Town by the end of March 2018.

But neither office is fully functioning, MPs heard.

According to Home Affairs, instead of 62 people in the Port Elizabeth office, there are only 22 officials, with two Refugee Status Determination Officers. The estimated cost of seconding officials was R450,000 a month and R4 million a year would be necessary to fund only the critically important posts, Jackson Mackay from the department said.

MP Tandiwe Elizabeth Kenye (ANC) asked what the department’s recruitment strategy was to fill in the vacancies.

Mackay said the department’s budget was a constraint. “The R7.9 billion is not enough for the department, yet it is at the centre of the government. Treasury should capacitate the department in this regard,” said Mackay.

Hlengiwe Octavia Mkhaliphi (EFF) asked if the department had applied for an extension from the courts.

Mackay said the department was complying with the court orders by reporting to the court on progress.

Acting Director-General Thulani Mavuso said the Port Elizabeth office should be ready to receive new applicants by the end of October 2018. He said furniture and information technology were being installed.

To operate at full capacity the office had to rely on secondment from the Desmond Tutu and Musina offices which received smaller volumes.

In Cape Town, the staff establishment was up to date with one or two more officials needed. Five computers had been installed for processing newcomers at the old building. The Department of Public Works was still looking for permanent offices for the centre, Mackay said.

This article originally stated that the SCA ordered Home Affairs to reopen the Port Elizabeth Refugee Reception Centre by 1 July 2016, they had in fact given them until 1 July 2015.