“I was better off staying in the shacks” 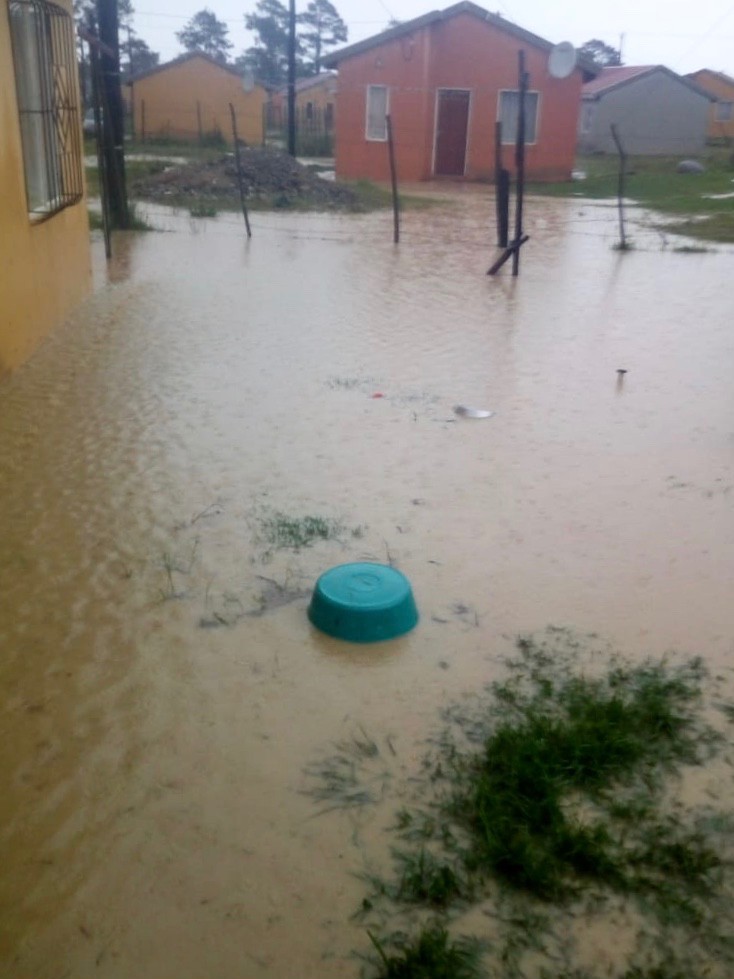 When it rains, the Milisi family of five, the youngest 12-days-old, find their home flooded and surrounded by water. Their situation was particularly bad on Tuesday.

“I was better off staying in the shacks,” says 62-year-old Sylvia Milisi, who can’t leave the house alone if it is going to rain.

The family moved from Ezweni informal settlement to an RDP house in Santini in Gonubie, north of East London, in 2016.

The children, wearing gumboots, try to stop the flooding from the road by pushing water to the back of the yard. Neighbours try to help.

Milis’s grandchildren, in grades 2 and 5, missed two days of school this week because they could not leave the house. Their school uniforms were wet and their school books had to be discarded. The beds stand on concrete blocks.

“The house is full of cracks. My furniture is damaged … Someone has to be paid to fix our electricity … Living here is so costly,” she says.

The breadwinner, Thobeka, said she has to pay someone R300 each time it rains to dig a trench to divert water.

The family blames BNN construction, the company that built the house. Milisi says her foundations are lower than the nearby houses and four sewage drains surround the house.

BNN Construction owner Bathandwa Tungata said, “I have never received any reports about such problems. I don’t even know the house. Our job is to build the houses and not to maintain them. After six months of moving into the house, we no longer take responsibility.”

But Ward 27 Councillor Boy-Boy Kalani said: “There are about ten other houses that have the same problem. When I spoke to Bathandwa about this, he said they will come back and fix this problem and build a stormwater drain that will resolve the problem. We are hopeful, because he is still building houses [nearby].”