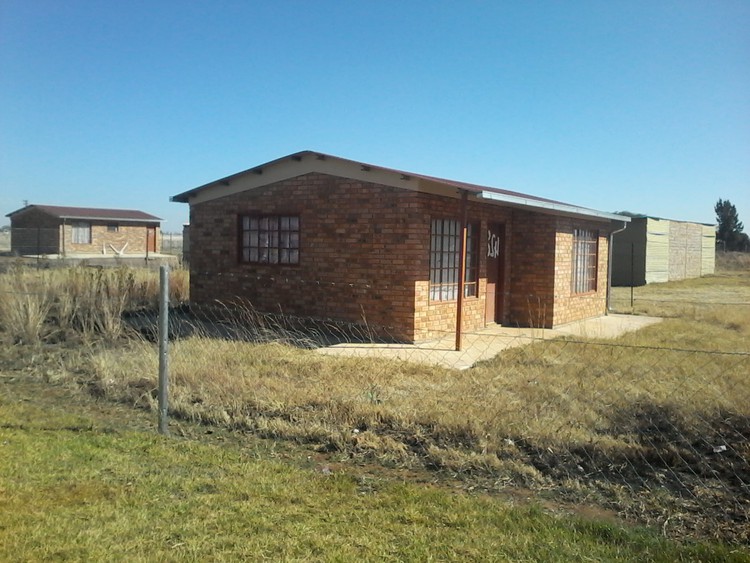 RDP homes in Itsoseng near Lichtenburg in the North West are yet to be electrified. This comes five years after the houses were handed over to beneficiaries. Photo: Nthusang Lefafa

Nearly five years after moving into their new RDP houses, some homeowners in Itsoseng near Lichtenburg in the North West say their homes are yet to be electrified.

The houses were completed in 2015 and handed over in 2016 to 49 beneficiaries without electricity connections.

Those who can afford it have been using gas and paraffin to cook. Others make wood fires outside to keep warm during winter.

“We feel stranded because all we have been receiving is empty promises. I depend on an elderly person’s grant to survive and food is expensive so we live hand-to-mouth,” says resident Anna Metseeme. She said that municipal officials visited them last year, and promised that their homes would have electricity by December 2020. Several months later, they are still in the dark.

“I spend about R270 for 9 kgs of gas which can go up to R540 per month. When the gas is finished, I’m forced to use paraffin which gives off bad fumes and is not good for our health,” she said.

Amogelang Sekaiwe is a domestic worker and her three children survive on her income. “The money I spend on gas and paraffin could be going towards buying groceries,” she said.

Sekaiwe recently saved up enough for a solar powered unit so her children would not have to do homework by candlelight.

She said some vacant houses had been vandalised because people had refused to move in without no electricity.

Ditsobotla Local Municipality spokesperson Pius Batsile said, “We have applied to Eskom for the electrification of 49 RDPs in Itsoseng. The leaders of that community are in constant contact with us and with Eskom. The contractor appointed by Eskom was on site to see how to start the implementation of the electrification project.”

The municipality said the incomplete houses were handed over to beneficiaries in 2016 due to concerns that the homes would be vandalised if left vacant until the electrification could be done. The cost of the electrification project is yet to be determined.

Eskom’s Ezekiel Baruti said, “Electrification of new settlements or extensions are the responsibility of the local municipality. They must apply for funding from the Department of Mineral Resources and Energy. Then Eskom will be appointed as the implementing agency.”

Baruti said that if community members are not prepared to wait for the department funded project, “then they can approach Eskom individually and we will quote them. The quotes will be for actual cost and must be paid upfront before connections are done.”