President calls for national campaign against violence against women 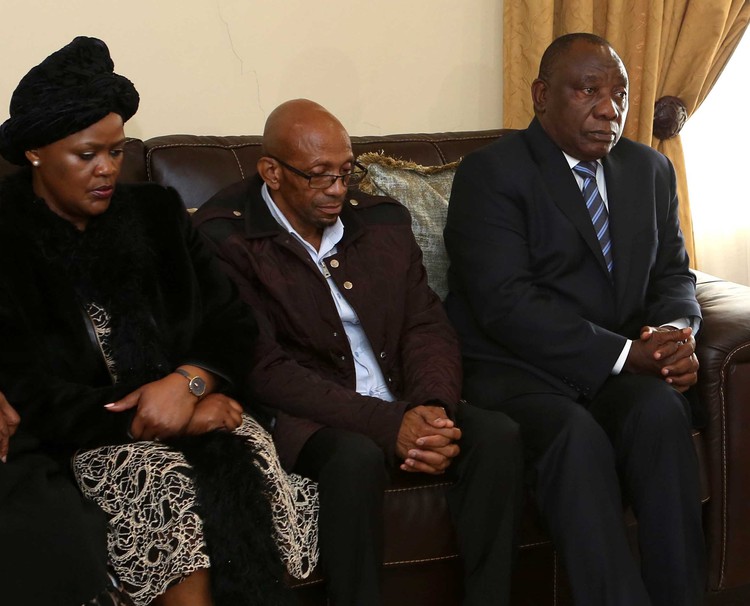 He called for a national campaign against gender violence. The president said the fight against gender based violence must involve all citizens, and that government, society and families have a role to play.

He said the death of Mrwetyana is a turning point for the country to change the way women are treated.

“We have reached a watershed moment in relation to how our nation looks at gender based violence, rape and killing of the women of our nation,” said the president.

He called on men of the country to take responsibility for the way they have been treating women.

Ramaphosa said that women should not be treated as objects that men want to kick around, want to rape and also want to kill. “This must now be stopped and I believe that we have reached a moment where our resolve as a nation must now reach a high level.”

He said the country will embark on a broader campaign to change the psyche of the nation, especially men when it comes to relations with women and young girls. Ramaphosa said the campaign will involve faith-based organisations and meetings with vice chancellors of higher education institutions.

Uyinene’s parents, Nomangwane and Phillip Mrwetyana were present. Uyinene’s uncle Vuyani Mrwetyana expressed gratitude to Ramaphosa and the ministers for visiting the family. “We feel inspired by the sentiments you just expressed in front of everyone assembled here. We feel like this scourge has been left unattended for so long. At this time we need decisive leadership which you have just displayed.”

From the family of Mrwetyana, Ramaphosa and his delegates visited a hospitalised Rita Jegels, mother of murdered East London female boxer Leighandre “Baby Lee” Jegels. Rita was injured during the incident in which her daughter was killed, allegedly by her boyfriend who is a police officer.

The last visit was to the home of Angelique Clark-Abrahams who was strangled to death after being raped in front of her six-year-old son.

Addressing the media Eastern Cape Premier Oscar Mabuyane said it was especially sad that two of the alleged perpetrators are government employees.

“In two incidents here, the women had obtained protection orders against their men. … We are dealing with deep societal problems,” said Mabuyane.