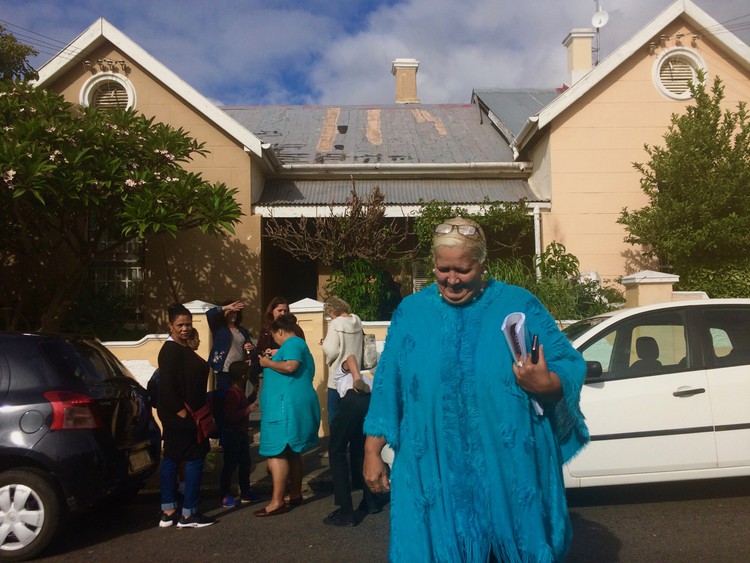 The City of Cape Town may finally answer a two-year-old question Maynard Street residents have been asking: what will happen to the City-owned houses in Gardens, Cape Town?

Tenants of the Maynard Street properties met with Councillor Suzette Little at 37 Maynard Street on Thursday afternoon, the first-ever face-to-face meeting with a council member, claimed the residents.

Confusion has surrounded the City’s plans for the disposal of properties for years. Some tenants have lived in them for 35 years. Residents are worried they will be forced out or have to buy their properties at market-value, which most cannot afford.

“The issue is not whether or not the disposal will happen,” said Little. “The debate is how is it going to be disposed of and how will the tenants benefit.”

Little says that council officials will meet with all affected parties within 14 days in her presence. Residents have resisted individual meetings. They say the houses, except one, are all similar in size and should not have varying prices. The City argues that individual meetings would assess each property’s individual value and each tenant’s socioeconomic status.

Tenants living in Maynard Street came across a notice in November of 2015 in the Cape Times and Die Burger stating that the City was considering the sale of 12 properties. They received a letter three days later explaining that the City had finalised its investigation on the de-proclaimed properties of the Maynard/Canterbury Road Scheme and would consider selling them.

The tenants sent a letter to the City asking to buy the properties through the “Affordable Housing, GAP housing or RDP housing” initiatives. They claimed that moving would disrupt the community. A resident who did not attend the meeting on Thursday due to health complications attempted to buy his home in 2006, but the City denied his request.

“I would love to own my house,” Janin van Niekerk, who has lived in number 37 for 18 years, said. “If I could own it, I would replace my roof tomorrow”.

Residents say they have spent years corresponding back and forth with the City via letters and emails and being shuffled between officials.

“At least you [Little] have the guts to come out here and hear our comments … without an entourage,” said Petrofski Williams.

Tenants say the City has been neglecting the properties. They showed Little repairs that were either missed or botched from leaky roofs to bad paint jobs and broken tiled floors.

One resident, referring to the rain on Wednesday, asked, “Who had to get a bucket when it rained?” Five residents raised their hands.

Van Niekerk said their struggle and living in “limbo” had brought the community together and made the street a place where neighbours can drop in to have tea with one another. She read a speech written by herself and Jerome Izaaks, a community leader in Maynard Street, to the councillor: “We share the anxiety that goes with the uncertainty of the future … We share creaky floors, borer beetles, broken doors, regular burglaries … We want to stay in Maynard street. We want to stay a community.”