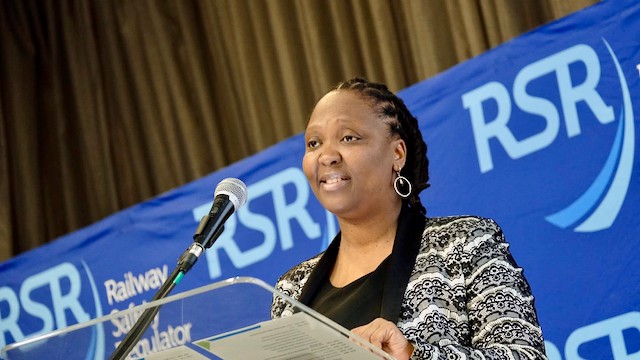 Tshepo Kgare, Acting CEO of the Railway Safety Regulator (RSR), has suffered another defeat in court. Photo from the RSR Facebook page.

An application by Tshepo Kgare, Acting CEO of the Railway Safety Regulator (RSR), to appeal a decision of the Labour Court to reinstate company secretary Mamankoane Tabane, has been dismissed.

On 6 April, GroundUp reported that Kgare had sacked Tabane although she did not have the authority to do so. Furthermore, Kgare failed to comply with a resolution of the board that had overturned her dismissal of Tabane.

Acting Judge Coetzee found that Kgare’s papers had not “raised grounds other than those in the hearing of the matter”. He further found that there was nothing in Kgare’s submissions to persuade him that “any appeal would have a reasonable prospect of success” and that Kgare had brought “no other compelling reasons why leave to appeal should be granted”.

Madelein Williams, spokesperson for the RSR, told GroundUp that, “The Railway Safety Regulator (RSR) is aware of the judgement by Judge AJ Coetzee to dismiss the application for leave to appeal. The RSR respects the outcome of the process.”

According to the terms of the original order, Tabane should have returned to work within 24 hours. Williams told GroundUp that Tabane would be back in the office from 19 April.

Tabane also had criminal charges of theft laid against her by the RSR security manager for not returning her company laptop. Williams confirmed that these charges would be dropped.