“In the past 18 months we have had water for only eight months. The last time water was running in our taps was six months ago.” 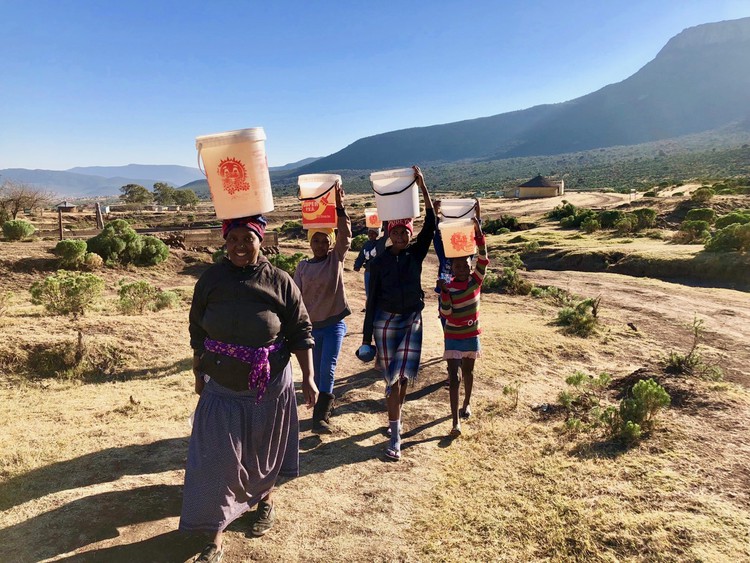 Fezeka Dzedze and her children still fetch water from a river despite R78-million being spent on a water project. Photo: Wara Fana

“In the past 18 months we have had water for only eight months. Last time water was running in our taps was six months ago,” says Meko Poswayo, a former steering committee member of the Qamata water project. “Last year we had similar problems too.”

The project, which cost R78 million according to communications officer Lonwabo Kowa of Chris Hani Municipality, was started in 2014 and ended in December 2016. It was meant to supply water for ten villages in Ward 4 of Intsika Yethu Local Municipality: Nogate, Zwelitsha, Mnqganga, Ntlonze, Qamata Station, Mkhukhu, Sihlaba, Mbinzane, Maya and Lanti. These communities had never before had piped water and flush toilets.

Spokesperson for Chris Hani District Municipality Tobeka Mqamelo said, “The scheme started to experience malfunctions due to faulty pumps. Hence there is currently no water from the water scheme for the villages.

“Procurement processes have been undertaken to acquire the necessary parts – this is in progress … The problem was not caused by the insufficiency of water in the borehole but rather a faulty borehole pump. We are using water tankers to deliver water to the community whilst awaiting delivery and repair to the pumps.”

Fezeka Dzedze of Mngqanga Village, a mother of five who is unemployed, says she wakes up early everyday to beat the morning river rush of people getting water. She not only competes with people, but also cattle, dogs and pigs. She said the municipal water truck only came last year in December.

Another resident, Thembalethu Mguga, affirmed this. “It’s been a while since we have seen the truck … We used to have a windmill here which never broke, but now we are suffering.”