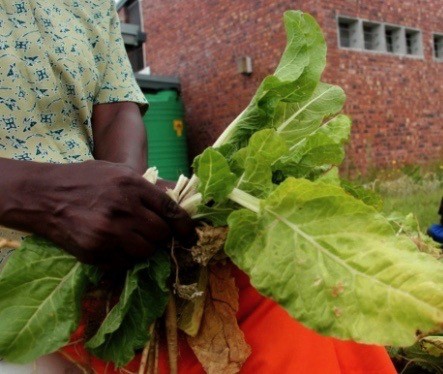 Funds granted to the Khayelitsha Development Forum for the development of food gardens in Khayelitsha has been spent on hotel bills. Photo: Masixole Feni

The National Development Agency (NDA) is to open a case with the police against the Khayelitsha Development Forum (KDF) over the alleged misuse of funds.

The agency will open a case with SAPS after efforts to get cooperation from the KDF failed, NDA Chief Operating Officer Dr Anthony Bouwer told GroundUp this week.

This follows a grant of more than R500,000 to KDF by the NDA for a food security project. The funds were meant to support the Khayelitsha community to start food gardens and educate people about farming.

In May 2013, KDF, in partnership with the Mitchells Plain Education Forum, the Department of Agriculture, Forestry and Fisheries, and NGOs working with food security and urban agriculture, held a two-day summit on food security at Khayelitsha’s False Bay College, where KDF announced its household food garden project.

Bouwer told GroundUp that KDF had promised that the project would benefit 200 households around Khayelitsha. NDA approved the application, and R559,770 was transferred to KDF by the NDA in May 2014.

But instead of the food gardening project, KDF used a substantial portion of the NDA funds to elect a new executive committee at a meeting at a country lodge in Citrusdal and on planning sessions at the Ritz Hotel in Sea Point in July 2014.

Bouwer said NDA had discovered that KDF had spent R393,152, and not on the food garden project.

The NDA froze the account when it realised the funds were being diverted. Bouwer said the NDA was a public entity and had to follow due process.

But KDF Chairperson Ndithini Tyhido said Bouwer was talking “a lot of bull” if he claimed he did not know how the money had been used. Tyhido said he had been cooperating with the NDA, and as chairperson he took full responsibility for what has happened. He said it was a “disappointing situation”.

He said at the time KDF had financial problems and could not pay for the conference out of its own funds. KDF was forced through a court garnishee order to pay R272,713, including court fees, to the Citrusdal Country Lodge.

“We tried to fight this, but failed. We had to pay the money,” said Tyhido.

Sources close to KDF say over 100 people were invited to the two-day conference.

Tyhido said a plenary council was held to explain to KDF members and other interested parties about the garnishee order.

Regarding the expenditure at the Ritz Hotel, Tyido said, “We took a decision as an organisation to use the amount of R106,400 from the food gardening account. We took the money as a loan, with a plan that we were going to pay back the money.”

He said KDF had an agreement with the Khayelitsha Community Trust (KCT) for R400,000 and were planning to use a portion of this to replace the NDA funds.

“Unfortunately things did not go according to our plans. At the time of the agreement KCT was under the municipality, but things changed. KCT then [had to] stand on its own, so the amount we agreed on decreased,” he said.

He refused to disclose the final amount that had been agreed on.

KCT CEO Mkhululi Gaula said they had not been in a position to honour the agreement, but the Trust had supported KDF with R20,000 a month since February 2015. KDF is supposed to use the funds to pay an administrative officer, on petty cash and on meetings.