R162-million housing project incomplete after over a decade

“The conditions are shocking. As the government we are ashamed,” says KZN Premier 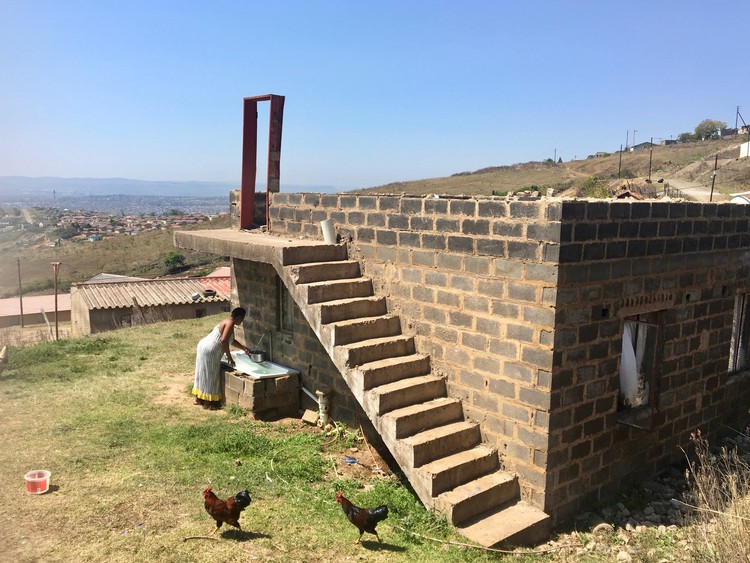 Beneficiaries of Msunduzi municipality’s Wirewall Rectification Programme in Phase 4, Imbali, have been living in unfinished houses for years.

Municipal spokesperson Ntobeko Ngcobo said the project started in 2007 to fix homes built by the provincial Department of Human Settlements between 1997 and 2002. She said the “R162-million project” was implemented because the municipality discovered that the previous homes “were not suitable for human occupancy”, with protruding wires “causing electrical problems and shocking people”.

However, the project was halted in 2010 due to “underperformance by the contractors”. Ngcobo said a new contractor was appointed in 2013 and work on the project resumed. “But there are delays due to challenges like demolition approvals and missing beneficiaries,” she said.

The two-storey houses have several rooms. Each family has their own entrance with a kitchen, two bedrooms, living room and a bathroom. But many of the houses were left roofless and without doors and windows.

Bongiwe Madlala lives with her family on the ground floor of one such house. “We were told that the houses would be demolished [for fixing]. They were already giving us problems. We were getting electric shocks when using electrical appliances.”

She said that in 2011 they moved out to rent a house while theirs was being rebuilt. “Then the project stopped. We didn’t know what went wrong,” said Madlala.

She said she could not afford to continue paying rent so they had no choice but to return. “There were no windows and doors. The top floor was not finished, so when it rains water drips in from the roof. Everything from the walls to the floor becomes wet. It’s not safe to use electricity, and the wall is covered in mould.”

She is scared that the ceiling will fall on them one day. “The cracks are now visible … It leaks for days after rain.”

Stholakele Gumede lives in the same situation nearby. “I have decided to tighten the windows with wire. When it’s windy they shake. When it rains, we put buckets on the beds,” said Gumede.

“We don’t know what the problem is. The project has been stopped on numerous occasions. We were told that the houses were not properly done by the previous construction companies,” she said.

Madalala said, “The only thing we want is for these houses to be completed. We are sick because of the conditions we are living under. The government must finish and build these homes properly.”

KwaZulu-Natal Premier Willies Mchunu visited Phase 4 last month. He told residents, “The conditions are shocking. As the government we are ashamed … We apologise to the residents.” He promised residents that he would take the matter to the Department of Human Settlements. “I want to know all the details of what happened since the project started years ago.”

Spokesperson for the provincial Department of Human Settlements Mbulelo Baloyi said, “We have responded to the Premier’s office and told them that the department is working on a plan to tackle the problem.”