R15k raised for “48 to 84” campaign for Masiphumelele school

But another R85k still needed 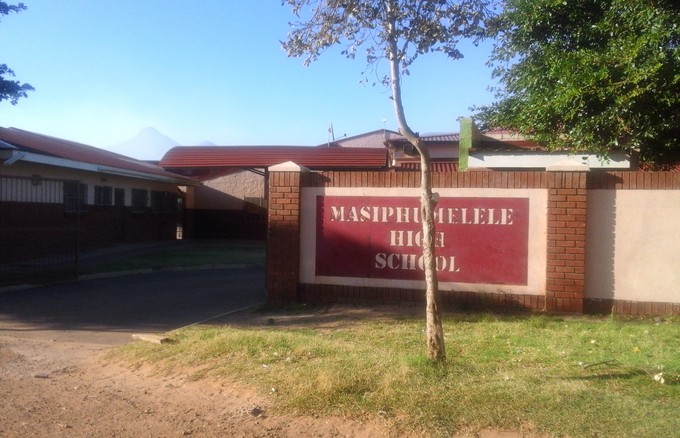 Funds are being raised to improve the quality of education at Masiphumelele High School. Photo: Thembela Ntongana

A fundraising campaign is underway to improve Masiphumelele High School. GroundUp reported in January that the school had been identified as under-performing after obtaining a 48% matric pass rate. The story also tells of a campaign to get the school’s pass rate up to 84%. The campaign is therefore called “48 to 84”.

The campaign is managed by the school circuit manager Thandi Jafta and Lutz van Djik of the HOKISA children’s home in Masiphumelele.

So far Van Djik said R15,000 had been raised but none of it from South Africans. The campaign needs R250,000 but R150,000 of that money will come from the Western Cape Education Department. The remaining R85,000 needs to come from private donors.

The funding will be used to employ a lab assistant and library assistant, renovate the physics lab, maintain the school and run an autumn school.

“It is crucial that private funding also comes from Masiphumelele’s neighbours and not only from overseas, as they will benefit most if Masiphumelele High is a top achieving school again and will also suffer most if gang-related crime will get worse if youth are not encouraged to work for a better future,” said Van Djik.

Principal Mncedi Nelson Mafrica told GroundUp that not only money is needed to make the campaign work. “If there are people who can offer their services that is also welcomed. If you can fix windows, we have broken windows. Whatever one can provide will be appreciated,” he said.

GroundUp is not involved in the “48 to 84” campaign and has nothing to do with the above bank account.