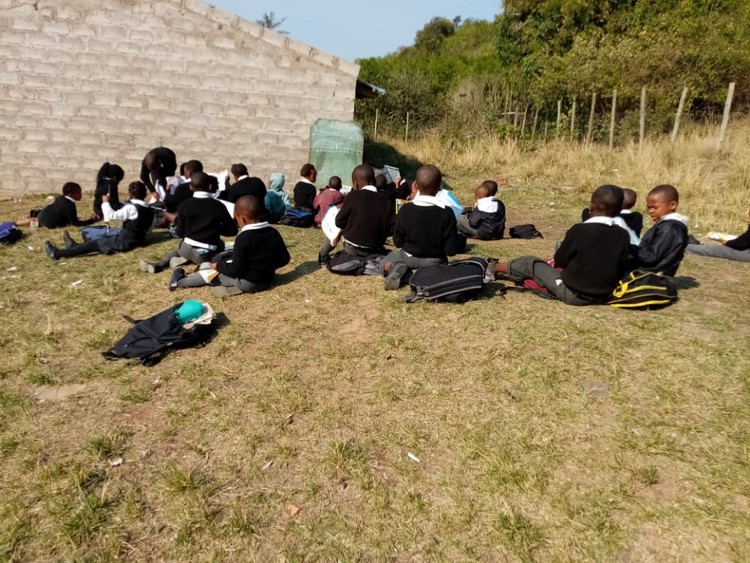 At Chabasa Junior Secondary School in Port St Johns, learners are studying outside under a tree to escape overcrowded classrooms.

The school in Kwa-Majola village was built by parents in 1995. There are six classrooms, shared by 270 learners from grades R to 7. Grades 1 and 2 and grades 5 and 6 are taught in the same classroom. Most classrooms leak when it rains.

Parents and teachers say for years they have been begging the Eastern Cape Department of Education to add more classrooms but their cry is falling on deaf ears.

When GroundUp visited the school last week, some of the learners were having class outside, sitting on their school bags. According to teachers the desks are too heavy to carry outside by grade 2 learners.

Teachers said classrooms are overcrowded and when the weather is not bad, they take some grades outside rather than teaching two grades in one classroom. 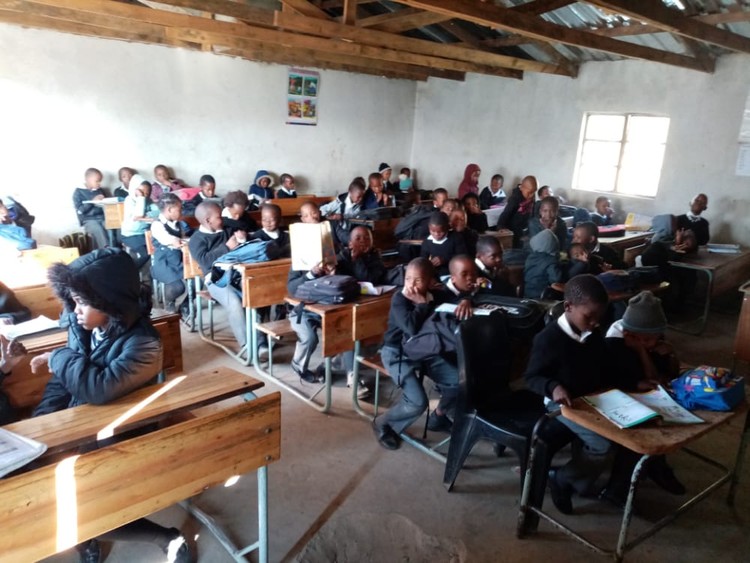 Teachers say classrooms are sometimes too crowded to teach in.

The school has electricity but no running water. There are jojo tanks and in dry weather the school spends R700 a week to have them filled.

School Governing Body Chairperson Zamile Marongo said they had been asking the department for a new school since 2018. “The only thing they are giving us is empty promises,” said Marongo.

“Most people living here are pensioners. We are using our social grant money every year to fix the school.”

Marongo said parents built three blocks using their own money after the mud classrooms they built were destroyed by heavy winds three years ago.

“Each parent donated R100. Some volunteered to buy bricks, and some bought five bricks, others two. We used the money to buy cement and other material but it was not enough. The zinc you see on the roof was donated by people. That is why most of the classrooms have leakages - we had to use old zinc,” he said.

The school kitchen is also made of old zinc sheets. 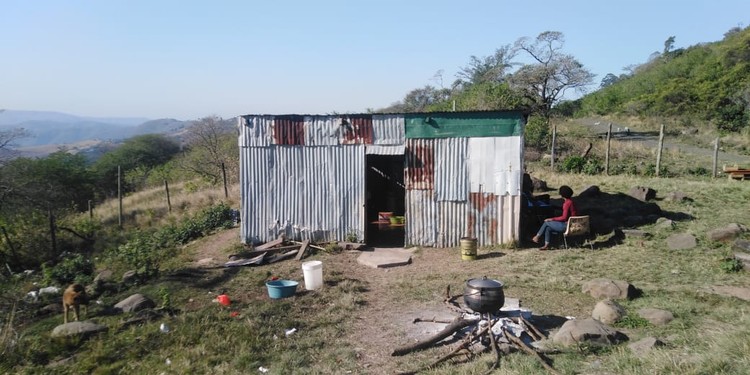 The school kitchen is made of old zinc sheets and has no electricity or running water.

There are pit toilets with broken seats and no doors. Marongo said a contractor was hired in 2015 to build toilets but left the work unfinished.

“These toilets were left with no roofing, no seats, no doors. The school had to use its own money to finish them but they are broken now as you can see,” he said.

Eastern Cape education department spokesperson Malibongwe Mtima said two projects were planned for the school. He said R964,960 had been put aside in the 2022/2023 budget for the completion of seven toilets, water tanks and fencing. Tenders had been closed and the contract was being adjudicated.

“Provision of three classrooms at a cost of R943,000 will be completed this year.”