State offices instead of housing for the poor

Proceeds from contentious sale of Tafelberg School will be used to fund provincial offices, not social projects 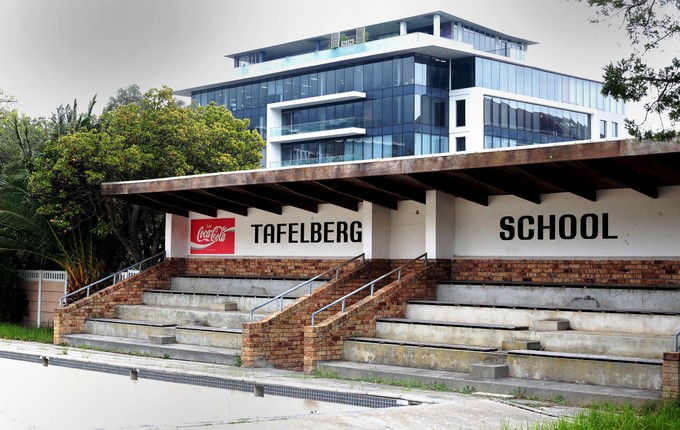 By Rejul Bejoy and Ashleigh Furlong

The Western Cape government has promised that the proceeds of the sale of the Tafelberg site in Sea Point will be used for social projects. But, GroundUp can reveal, the money has in fact been earmarked to fund a shortfall on a new R540 million provincial office project in the city centre.

The project is a public-private partnership (PPP) to build new offices for the Western Cape Education Department on provincial land in Dorp Street.

The R135 million sale of the site of the former Tafelberg School to the Phyllis Jowell Jewish Day School earlier this year was marked by controversy, with activists calling for the land to be used rather for social housing. Reclaim the City and Ndifuna Ukwazi then went to court to stop the sale, which resulted in Premier Helen Zille agreeing to halt the sale and open the process again for further public comment.

As early as June 2014, soon after a report by the Department of Transport and Public Works recommended that the Tafelberg site be released for sale, MEC for Public Works Donald Grant said the money would be used to finance social projects. The province’s regeneration programme, he said, had been set up to extract maximum value from inner city projects to subsidise projects for the poor. The Tafelberg site is part of this programme.

By then the planned sale of the site had already attracted public attention. Grant was responding in an email to a submission by the Social Justice Coalition, Ndifuna Ukwazi and Equal Education, objecting to the disposal of various sites owned by the Province.

Grant was even more categorical about the proceeds of the Tafelberg sale in a 2016 written reply to a question in the provincial legislature. Asked whether the sale would enable the province to cross-subsidise projects for the poor, he said: “The answer is yes”.

A few days before, Grant had said in a statement that Tafelberg and other sites could be leveraged “for economic purposes that will assist us in funding the many social projects that are so desperately in need of funding, particularly during these tough economic times”.

Yet, in correspondence between Public Works and the provincial Treasury in October 2015, Public Works said that money from the sale of Tafelberg should go into the Asset Finance Reserve (AFR) for the Dorp Street project. Public Works wrote, “the yield of R135 million from the sale of erf 1675 in Sea Point needs to be allocated to the AFR for the Dorp Street PPP project purposes”. In response, provincial Treasury said it did not “have any in principle objection” but that the provincial cabinet needed to officially approve the allocation.

GroundUp asked the provincial Treasury whether provincial cabinet had indeed approved using the proceeds of Tafelberg on the Dorp Street project. Spokesperson Daniel Johnson responded: “Yes Cabinet has approved this, based on the DTPW submission of 11 November 2015.”

So, rather than ring-fencing the revenue from the Tafelberg sale for social projects as promised, the cabinet approved the use of revenue from the sale for the new office accommodation for the province in Dorp Street.

What the money will be spent on

The Dorp Street property was bought by the provincial government in 2008 for R72 million. It is to be developed to house the offices of the Western Cape Department of Education, which currently leases office space throughout the city at a cost of about R39 million a year.

The original plan was for the provincial Public Works department to make an upfront capital contribution of R210 million, followed by an annual payment of R72 million for 20 years after construction was completed. The private partner, Ingenuity Construction, was to cover construction and operating costs until 2038, when the department would take ownership of the building and receive revenue from leases.

But in a bid to cut the annual payments, the provincial Treasury recommended to the National Treasury in November 2014 that the department of Transport and Public Works increase its upfront contribution from R210 million to R540 million, thus saving R138 million on the total cost.

The decision to put the Tafelberg property up for sale was taken by the department in March 2015, after the shortfall in the capital contribution had been identified.

Yet, discussing the Tafelberg sale in an interview on CapeTalk with Redi Tlhabi earlier this year, MEC for Human Settlements Bonginkosi Madikizela said that “for example, with the sale of that land you can provide people with over 1,200 subsidies”.

MEC Madikizela denies that he misled the public, telling GroundUp that, “’for example’ doesn’t mean definitely”.

“You must also understand that the sale of any assets contribute to entire Provincial fiscus. By ring-fencing the proceeds of the Tafelberg sale for CBD development, the Department of Public Works is freeing resources to be used in other projects like housing infrastructure,” he added.

Supporters of the sale of Tafelberg have also made the link between the Tafelberg sale and social housing. David Polovin, deputy chairman of the Sea Point, Fresnaye and Bantry Bay Ratepayers’ and Residents’ Association, was quoted in Weekend Argus on 21 May as saying that if Tafelberg were sold, the province could use “proceeds from the sale for affordable housing or other social upliftment needs”.

The Phyllis Jowell Jewish Day School justified the sale in a similar manner, with vice-chairperson Lance Katz writing in a petition that the proceeds of the Tafelberg sale “can be applied by Province to fund social delivery initiatives in the Province and the city (including possibly into the area of affordable housing)”.

Asked to clarify Grant’s statements on social projects in the light of the decision to use the money for the Dorp Street building, Head of Public Works Jacqueline Gooch said: “As far as the sale of Tafelberg property is concerned, the Court Order is being executed and I am therefore not in a position to comment on this matter at this time.”

This article was simultaneously published on page 10 of City Press on Sunday 24 July. Thank you to AmaBhungane for assistance.