All we want is a letter, protesters tell councillor 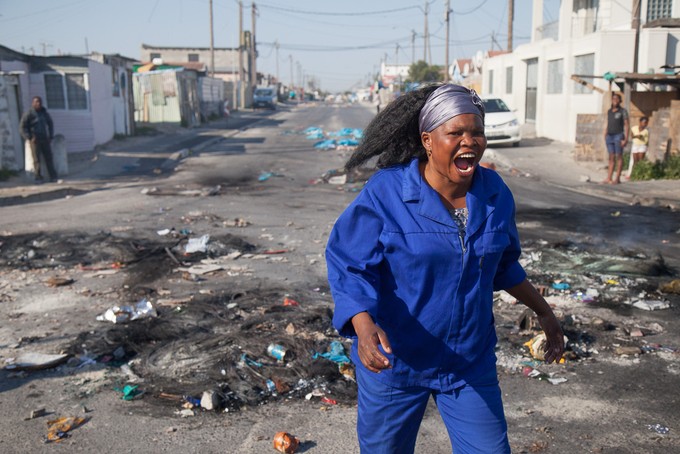 About 50 residents of informal settlements in Mfuleni protested earlier today, blocking streets with burning tyres and garbage. They are furious that their ward councillor, Themba Honono (ANC), has not helped them get an electricity connection.

Nolusapho Thandela organised the protest. She lives in Constantia informal settlement. She says Honono refused to issue her with a letter required by Bellville Eskom office to enable her to acquire the electrical boxes she wants for her community.

“Six informal settlements in Mfuleni do not have electricity and are relying on me to obtain at least 1,000 electrical boxes for their shacks. The letter would have enabled me to source the boxes. It is the letter only which Eskom wants from us,” Thandela said.

She has lived without electricity since 2008.

Siyabonga Dlakane has been staying in his shack for more than eight years. He has connected electricity from a formal house across the road. He pays R350 per month for this electricity, even though it is illegally obtained. He says three shacks are connected to this house, but it’s quite common for more than four to be connected to a house.

Councillor Honono told GroundUp he was in a council meeting when we approached him for comment.

By late morning the protest had become quieter, and traffic was passing through the streets.