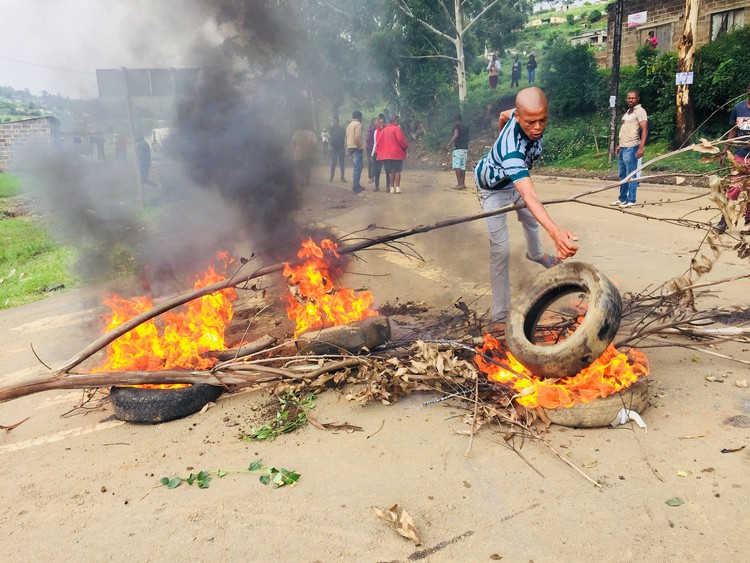 Disgruntled Pietermaritzburg residents locked the gates of a community clinic on Monday demanding that the potholed Bhakabha road in Willowfontein be fixed.

Staff members and patients were turned away. Police dispersed the residents using teargas and rubber bullets.

The clinic shutdown came after government officials failed to attend a community meeting on Sunday. After the meeting, residents burnt tyres and blocked the road. On Monday they closed the clinic and marched to the ward councillor’s office, demanding answers on development issues including the road project in Bhakabha, housing, water and electricity.

“These officials don’t take us seriously,” said resident Thami Khumalo. “We have decided to close the clinic. We are not fighting with nurses or the patients but we want this road fixed and other issues attended to. This matter has been going on since 2012.”

Another resident said the road was so bad that when there was a funeral some families had to carry the coffin to the graveyard on foot.

“We are tired of empty promises. Politicians think they are clever. We are aware that they want to start this project in 2021, when they are campaigning for next year’s local government elections. They think Willowfontein residents are fools,” he said.

During the meeting at a community hall on Sunday, Molefe told the residents that he had visited the Transport Department office and spoken to the project manager for the Willowfontein road project. “The project manager referred me to his manager. After numerous attempts trying to call him, there was no response. I phoned back the project manager who ended up ignoring my calls too. None of them were reachable. I was very disappointed at the manner they handled this matter. They did not come. The community is disappointed and angry,” said Molefe.

He said during the week he would take some residents to the Department of Transport to set up another meeting.

On Tuesday the clinic was still closed.