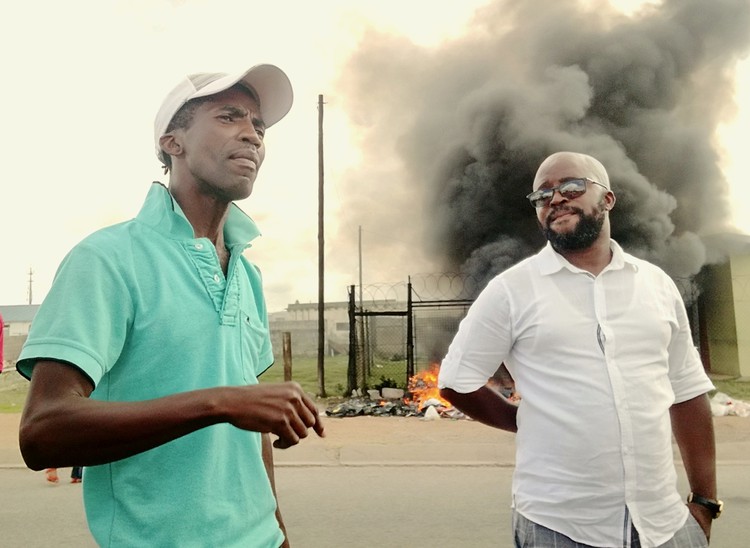 The protesters shut down the office saying it would not reopen until the toilets in their settlement are cleaned.

They are also demanding electrification and that site numbers be assigned to about 240 shacks.

But, says community leader Siyabulela Mbuqe: “Human waste is supposed to be collected twice a week, on Mondays and Fridays … Instead of cleaning the seven mobile toilets at least two times a week … the municipality collects human waste every two weeks.”

He said that since January residents have been avoiding the toilets “because they are now full of faeces”. He also said the toilets are too few and they get blown over in strong winds.

Community leader Siyakhumbula Pikini told the protesters outside the councillor’s office in Ntshiza’s presence: “We are not his friend. We want clean toilets, electricity and site numbers for our shacks.”

Resident Zoyisile Mpayipeli told Ntshiza: “We don’t get report backs and minutes of council meetings … You used to walk with us, but now you have turned your back on us.”

Ntshiza responded: “It’s good you reveal these things. But all these questions will be answered by the MMCs [mayoral committee members] of the directorate for Human Settlements and Infrastructure and Engineering … I cannot lie about things that won’t happen.”

Residents dispersed but said that only if they got answers would the office be reopened. They gave the council seven days.