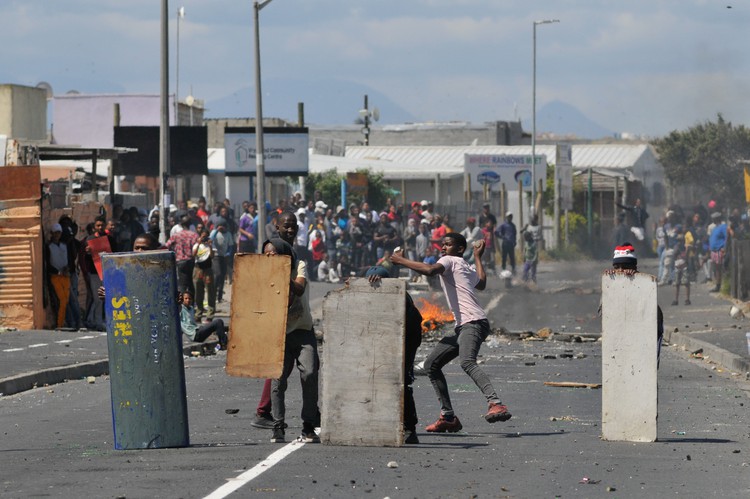 Protesters throw bricks and glass bottles at police during a protest which started after shacks were demolished. 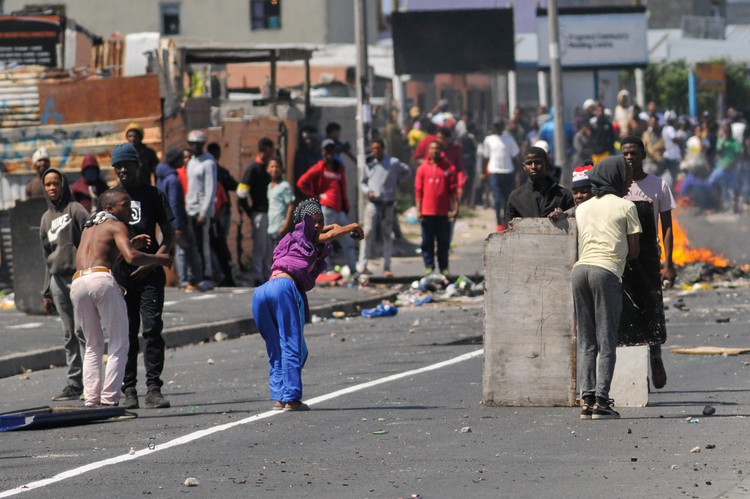 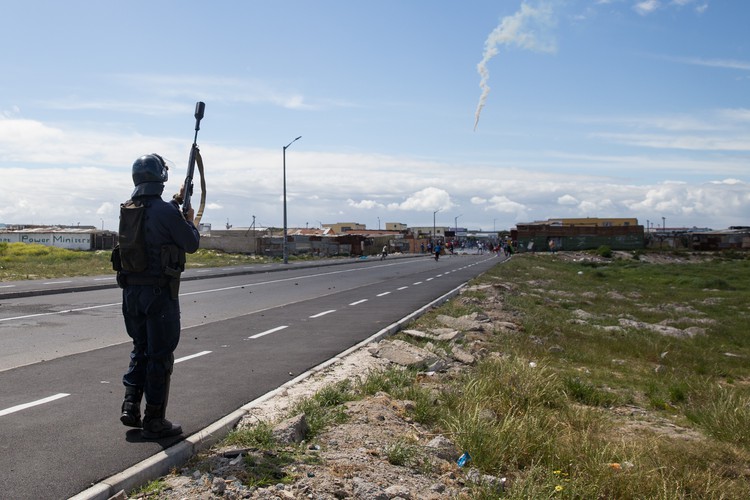 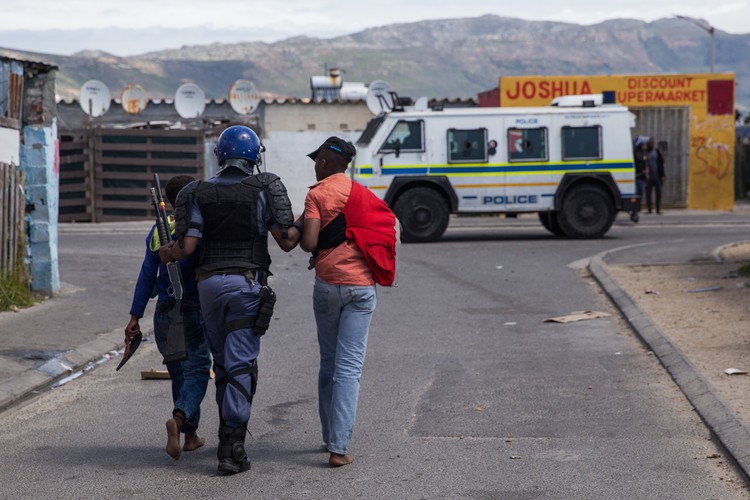 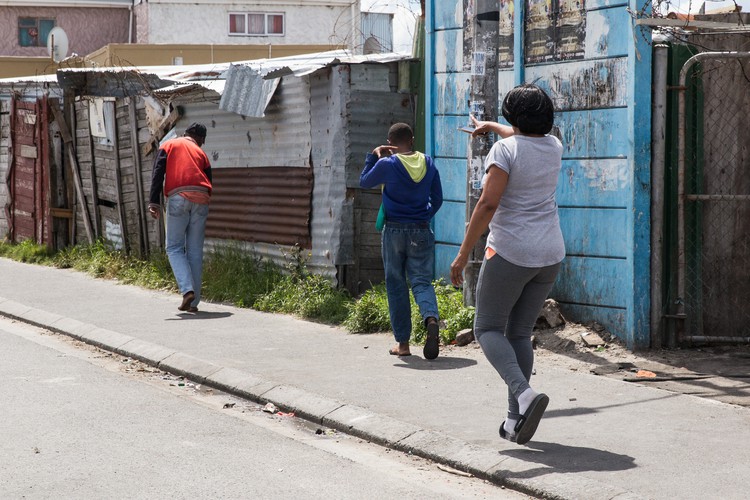