Celebration in the streets of Harare 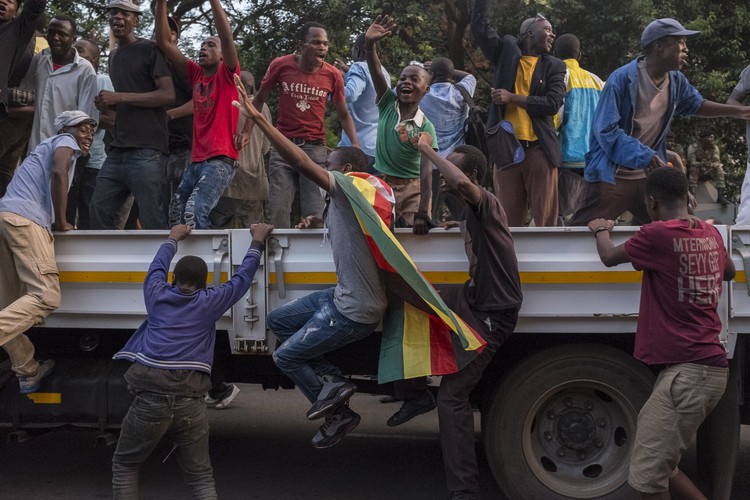 There is celebration in the streets of Harare following the resignation of Robert Mugabe.

Robert Mugabe resigned as president of Zimbabwe on Tuesday afternoon.

Earlier today hundreds of people gathered outside the Parliament of Zimbabwe as they continued to protest against Mugabe. Members of Parliament (MPs) started the impeachment process as Mugabe failed to meet his deadline to resign voluntarily.

People began mobilising at African Unity Square opposite Parliament where they started praying. Leader of the opposition Movement for Democratic Change Morgan Tsvangirai arrived to huge cheers and addressed the crowd stating that Mugabe’s time was up.

Inside parliament Speaker Jacob Madenda received the motion to impeach President Robert Mugabe from MPs. Outside crowds began singing and waving anti-Mugabe posters while military personnel looked on. It is not known how long the impeachment process would have taken, but by about 6pm word came through that Mugabe had resigned, rendering the impeachment process redundant. People cheered in the streets.