Protest in Hout Bay over payment for lobster rights 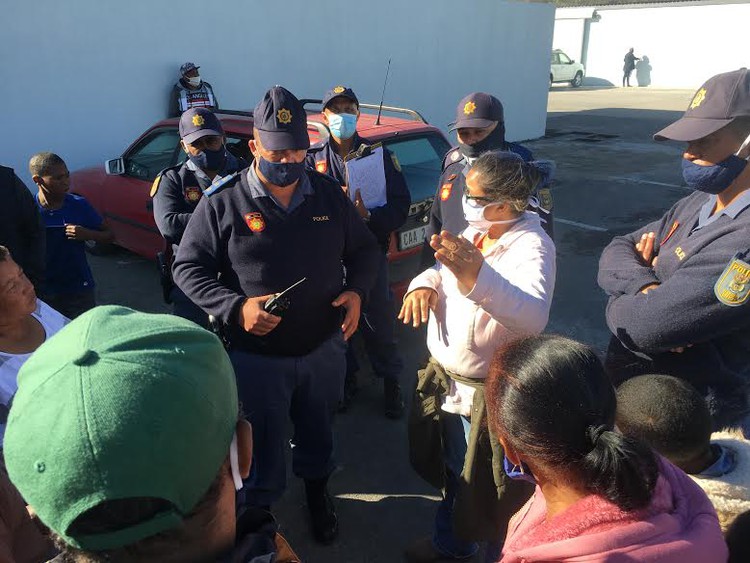 Protesters set fire to a small barricade to block the road leading to the offices of Inkosi Keta in Hout Bay harbour. A large detachment of SAPS, City of Cape Town law enforcement, and metro police were stationed in the road leading to Hangberg, some armed with rubber-bullet shotguns. Children threw stones at a law enforcement vehicle from the hillside. SAPS officers acted as a mediator between Inkosi Keta and the small group protesting in the harbour.

According to Beatrice Yon, a permit holder and member of the Hangberg community which has an agreement with Inkosi Keta Marine, 167 members of the community have not been paid what is due to them. The Hangberg rights holders demanded that Inkosi Keta pay them by Friday 26 June.

Permit holders from specific communities are granted the right to catch a certain kilogram amount of lobster per season for sale. The Hangberg community sold these rights of sale to a company, Inkosi Keta, which stores and sells the catch, and may also arrange for the boats to catch the lobster. In return, the community is guaranteed payment for the rights.

According to the most recent marketing and processing agreement between Inkosi Keta Marine, which GroundUp has seen, members of the Hangberg community were allocated 51.39kg of lobster each from local deep-sea stocks, for which they would be paid R220 per kilogram. This amounts to R11,305.80 per person for the season, and the contract stipulates that this payment is guaranteed “regardless of what is caught”. The contract was signed on 23 January 2020, and is binding for the current West Coast rock lobster season.

Much of the West Coast rock lobster caught using the Hangberg community’s allocations is sold for export. However, following China’s ban on live seafood, the global lobster market on which communities like Hangberg rely has been devastated.

The Department of Environment, Forestry and Fisheries, headed by Minister Barbara Creecy, has already implemented measures designed to provide relief for the fishing industry, including extending the length of the season.

GroundUp contacted Inkosi Keta for comment, but had not received acknowledgement at the time of publication. This article will be updated if Inkosi Keta provides a comment.