Councillor promises to act after residents call for disaster relief 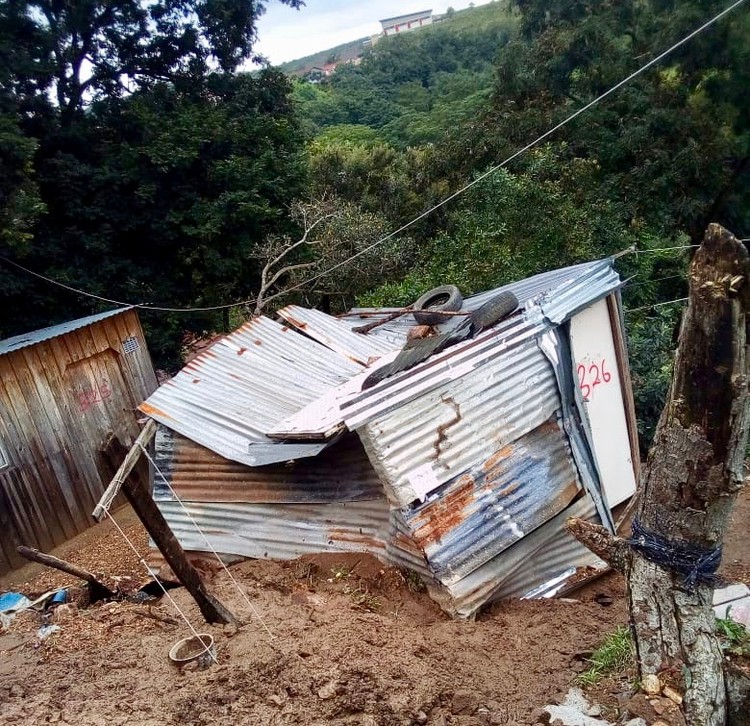 Shacks were damaged and flooded by water and mud on Monday night in Ezakheleni informal settlement in Umlazi, south of Durban. Photo: Musa Binda

Residents from Ezakheleni informal settlement in Umlazi, south of Durban, closed off the Mangosuthu Highway with burning tyres on Wednesday. This follows flooding and serious damage to their shacks.

Heavy rains hit the Durban area on Monday night and over 30 people died* in the flooding.

The protesters told GroundUp they had been angered by ward 88 Councillor Zipho Mathe (ANC) when they phoned him on Tuesday seeking disaster relief. They say he brushed them off rudely. Mathe denies this.

Mathe won a by-election last month. The previous ward councillor, S’bu Maphumulo, was gunned down on 18 October 2018, a few kilometres from his home. The post was vacant until Mathe’s election in March.

GroundUp visited the informal settlement and saw several shacks which had nearly collapsed and many which were flooded with water and mud. Most shack owners are finding refuge in the homes of relatives and friends in the township while they wait for assistance from the new ward councillor.

“All we wanted from him is organising us a proper shelter that we could sleep in, blankets and food,” said one of the protest leaders, Thokozani Khoza.

Khoza said the informal settlement has about 300 residents; some have lived there for 25 years.

Mathe said he understood the anger of the people of Ezakheleni.

“I am busy organising with disaster management unit to see how they will be helped … I have just been elected last month, but I promise I will prioritise Ezakheleni informal settlement residents,” said Mathe. 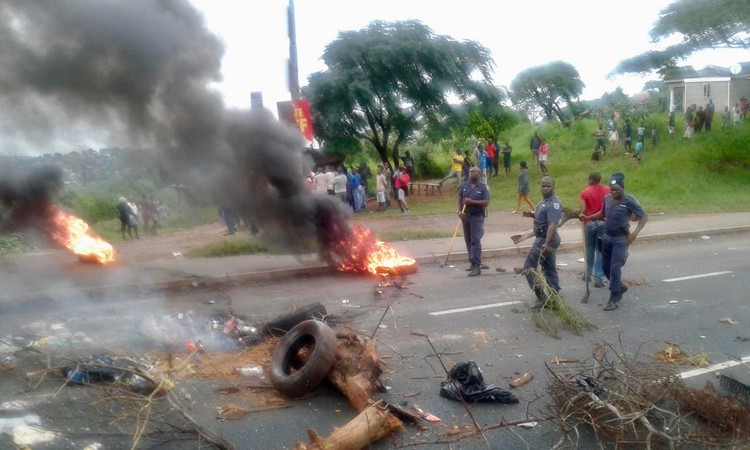 Residents of Ezakheleni informal settlement in Umlazi, south of Durban, closed off the Mangosuthu Highway with burning tyres on Wednesday.

UPDATE: The death toll has climbed to 70 according to the acing Premier of the province on 25 April.