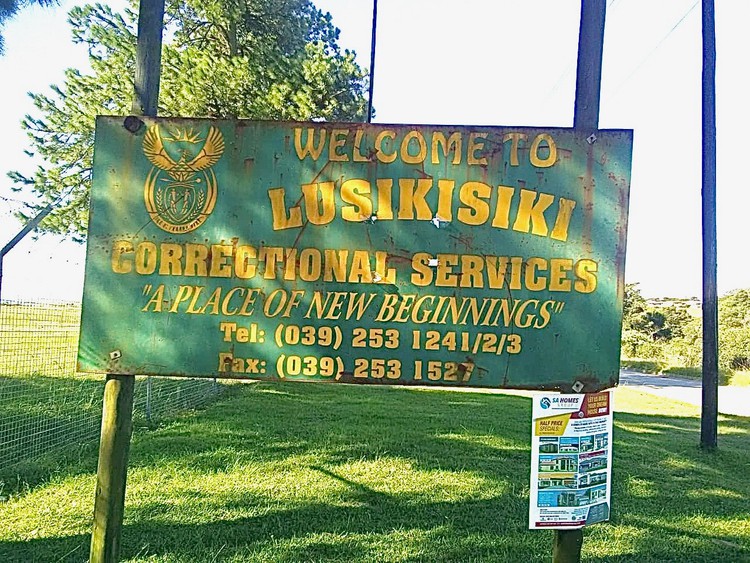 According to an official at Lusikisiki Correctional Centre, who wished to stay anonymous, a riot broke out on Thursday when awaiting trial prisoners demanded to be taken to court. Photo: Sibahle Siqathule

According to an official at Lusikisiki Correctional Centre, who wished to stay anonymous, a riot broke out on Thursday when awaiting trial prisoners demanded to be taken to court.

The official told GroundUp that 20 inmates were acting “aggressively” and started throwing mattresses out of their cells.

The official said the situation at the prison has been tense. A handwritten letter, listing 24 inmates and addressed to the Lusikisiki Correctional Centre, said that on 20 and 21 April, awaiting trial inmates had engaged in a “hunger strike”.

In the letter they wrote that their “rights are grossly violated” by the lockdown measures, which have seen prison visits prohibited and prisoners not being sent to court on their court dates. They also fear contracting Covid-19 “in this dirty jail” from the wardens.

They alleged that wardens took away their 20-litre water containers, their only source of drinking water, in order to break the “hunger strike”.

GroundUp spoke to Department of Correctional Services spokesperson Singabakho Nxumalo on 5 May, before the Thursday incident. He confirmed that the department was aware of the tensions at Lusikisiki Correctional Centre.

“A total of 48 remand detainees did not take their meals on 20 April 2020, but they took breakfast on 21 April 2020. As a result, such cannot be described as a hunger strike.

“Inmates were not forced to suspend hunger strike, but were engaged and they understood that their demands were beyond what Correctional Services could do,” said Nxumalo.

“Only urgent matters are being enrolled by courts. It was explained to them [prisoners] that they are remanded for later dates due to lockdown due to Covid-19,” said Nxumalo.

Nxumalo tried to allay the fears of both inmates and prison officials, saying procedures were in place to safeguard everyone.

“Standard Operating Procedures on Covid-19 are in place and our officials fully understand what is expected of them. Hence inmates are also engaged in order to heighten their understanding of Covid-19,” said Nxumalo.

Two days after these assurances there was a riot. GroundUp was unable to get official confirmation from the facility of the incident at the time of publication.