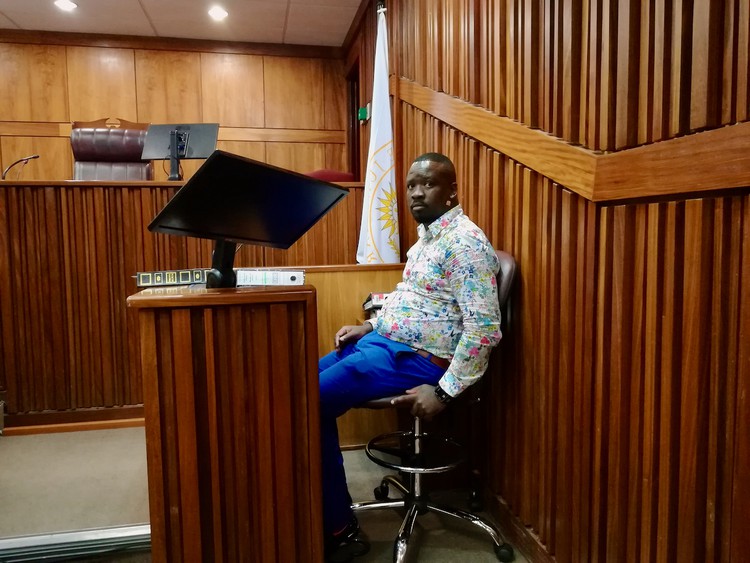 “The beatings were so severe and painful … I could see that I was going to die. I told them, ‘You guys [prison officials] are going to kill me’,” Xolani Zulu told the Johannesburg High Court on Tuesday afternoon.

Zulu is one of five current and former inmates of Leeuwkop Maximum Correctional Centre who are suing the minister of Justice and Correctional Services, alleging assault and torture by prison officials.

He said he was beaten, kicked, slapped and given electric shocks by prison officials on 10 August 2014. This happened after he jammed his cell door with a toothbrush, to prevent the prison officials from entering.

The court case, which started on 28 October and was set down for 15 days, may be extended. Judge Ellem Jacob Francis is presiding and the plaintiffs are represented by Lawyers for Human Rights (LHR).

Zulu said on the evening of 7 August 2014 at around 7pm, he was sleeping in his cell when he heard “vula, vula, vula” being shouted by prison officials. They were conducting a search. Prisoners collected their belongings, including their mattresses, and left the cells while officials searched. They were then told that a phone and SIM cards had been found in the cell. Zulu says these items were not shown to them.

No one claimed ownership and so all occupants of the cell were charged. They lost their privileges: no watching TV, no access to the shop, no contact visits, and exercise time reduced to only one hour a day.

“I would like to emphasise that I had exhausted all the internal processes … I told my cell mates that I was tired, but I didn’t want to be violent … I resorted to [jamming] the door [using a toothbrush] but I told them no one else must be involved,” Zulu said.

He wanted to get the prison officials’ attention, so he chose Sunday (10 August 2014) to jam the cell door because Sundays were usually busy days in the prison.

At around 7am, a prison official came to unlock the cell as usual. Zulu said he saw him struggling to open the door. He told the official that he had jammed it because the area commissioner had ignored his complaints.

Soon after, the Emergency Security Team, armed with electric shock riot shields, helmets, pepper spray and okapis (single blade knives) along with other prison officials, stood in a half moon circle around the cell door, he said.

A locksmith was then brought to remove the lock from the door at around 8am. “They told us to line up [in pairs] and exit the cell … I left the cell by myself because I was already standing by the door,” said Zulu.

As he exited the cell, Zulu said he was met with an electric shock shield. He was kicked, slapped and beaten with batons, he said.

“[A prison official] hit me on the head and I lost consciousness at some point…at the time I felt like I was being pulled by a car on a gravel road, that’s when I stood up and ran towards the courtyard,” Zulu told the court.

The court adjourned before Zulu finished his testimony.

The hearing continues on Wednesday.