Judges to rule whether or not case will go to trial 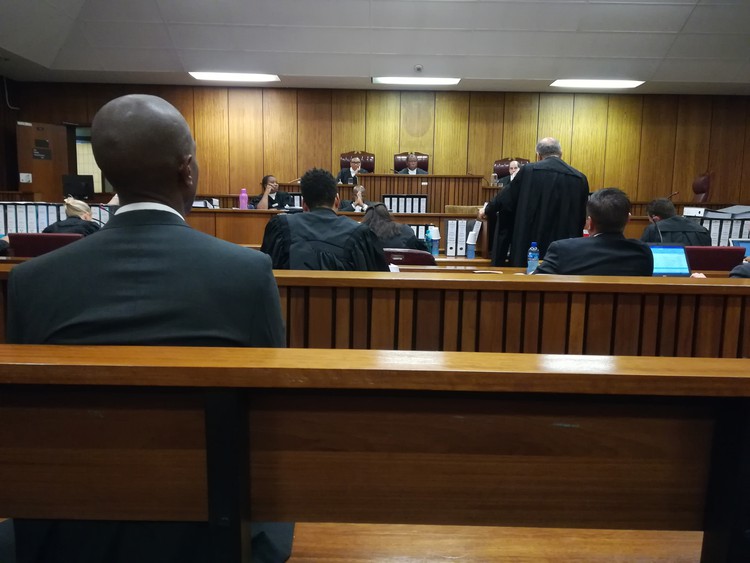 The Passenger Rail Agency of South Africa is asking the Pretoria High Court to set aside the security contract with Siyangena Technologies. Photo: Zoe Postman

The Pretoria High Court is to rule on Friday whether or not the Passenger Rail Agency of South Africa’s (PRASA) case against Siyangena Technologies will go to trial.

PRASA has applied to the court to set aside Siyangena’s contract.

Commuter activist group #UniteBehind has been admitted as a friend of the court in the case.

According to #UniteBehind, this included installing automated speedstiles, electronic information boards, surveillance systems, flood lights and communication systems. The tender was extended to improving other stations, amounting to a total cost of about R4.5 billion.

In an affidavit submitted to the court, PRASA said Siyangena had been awarded lucrative deals without following proper tender procedures. Siyangena had installed outdated, overpriced and ineffective security systems and because of this, the contract should be set aside, PRASA argued.

#UniteBehind wants Siyangena to pay back all the money made from the contract. The coalition argued that Siyangena’s contract was never fit-for-purpose, its performance was not up to standard, and it was complicit in corruption which resulted in a waste of public funds.

At least, #UniteBehind argued, Siyangena should be prevented from making a profit from the contract.

#UniteBehind’s approach is more radical than PRASA’s. PRASA wants an engineer to evaluate the work completed by Siyangena and balance it against the money PRASA has already paid the company. If there is a shortfall, PRASA says it will pay, but the contract should remain invalid.

Advocate Nick Ferreira, representing #UniteBehind, argued that the coalition was acting in the public interest and on behalf of its members who depended on the trains. He said #UniteBehind had substantial evidence that could assist the court in deciding on a just and equitable solution.

This evidence consisted of several affidavits from commuters.

Advocate Nic Maritz, representing Siyangena, did not object to #UniteBehind intervening as amicus curiae (friend of the court) as long as it did not present any new evidence in the case. #UniteBehind agreed to this.

But Maritz added that #UniteBehind had “completely missed the mark”. He said the affidavits of commuters were “completely irrelevant” to the contract between PRASA and Siyangena because there was no link between the safety of commuters and the Siyangena contract.

Mandy-Lynn Mott, a commuter from Cape Town who was in court, told GroundUp that commuters’ safety was “completely linked” to the irregular contract because it had resulted in a waste of millions of rands which could have been spent on ensuring safety for commuters.

As someone who uses the trains daily between Kenilworth and Cape Town, Mott said she has to wake up in the early hours of the morning to look for updates on whether the trains are delayed or even operating at all. After work, she said, she has to rush to the train station because she never knows when the train will arrive or leave.

“I’ve been using the train since I was a teenager and it has got worse in recent years … A commute that used to take me 20 minutes now takes me between 20 minutes and two hours … It’s unbearable,” said Mott.

Ludine Warries is another commuter from Cape Town who was in court. She said the train service had deteriorated since PRASA took over and described her daily commute as “really traumatic”.

She said if Siyangena had done what it had been contracted to do, the train service would be safer and more efficient.

On Wednesday the court heard arguments about whether or not the case should go to trial. Advocate Arnold Subel, for PRASA, argued against a trial proceeding, saying this would delay the case for months. Subel proposed that a panel of experts be established to look at the facts of the case.

Maritz, for Siyangena, said a panel of experts would be too costly. He said the parties involved should be allowed to submit written affidavits to the court explaining their case and the case should be argued on the papers.

The judges said they needed time to consider all the options and would deliver judgment on Friday at 10am.