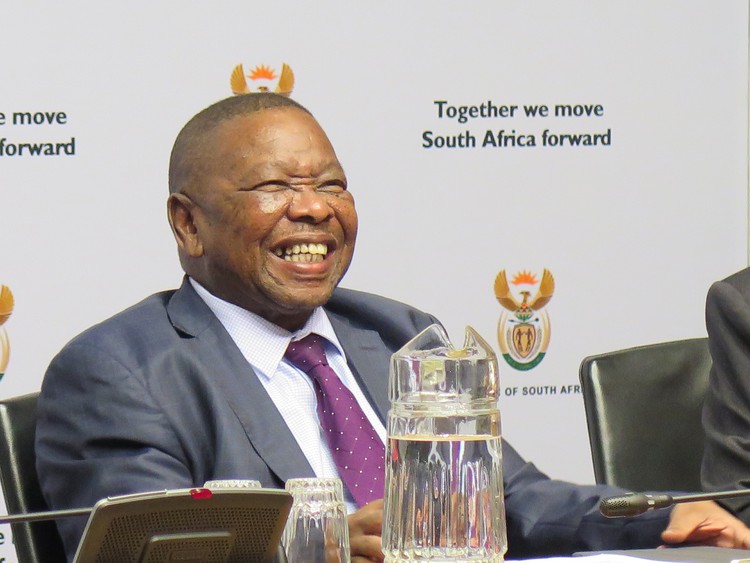 Minister of Transport Blade Nzimande has replaced the old Prasa board with a new one to fix the dysfunctional Metrorail commuter lines. Archive Photo: Ashleigh Furlong

Mthuthuzeli Swartz was removed as acting CEO of Prasa Rail on Tuesday after the interim board deemed his continued leadership “too much of a risk”.

“We served Mr Swartz with a letter on Tuesday informing him that he has been removed [as acting CEO of Prasa Rail],” said Lindikaya Zide, company secretary at Prasa. Zide said the letter was served at the request of Prasa’s former board of control which “deemed it too much of a risk to have a CEO who the insurers refused to insure”.

According to Zide, the insurers excluded Swartz from the Directors’ and Officers’ liability cover, seeing him as too much of a risk due to the “increasing publicity that has been mounted and the allegations against him which we are investigating”.

Zide explained that executives at Prasa all have insurance “as cover for negligent decisions that can arise in the execution of a decision”. He said this helps to protect the agency from potential financial blows arising from negligent decisions.

Swartz will revert back to his role as Executive Manager of Mainline Passenger Services (MLPS) at Prasa. “Mr Swartz has been given until 4pm today [Friday] to give reasons as to why he should not be suspended from his role at MLPS, pending the outcome of Prasa’s investigations into allegations against him,” said Zide.

The chairperson of the board is Khanyisile Kweyama, who took over as interim board chairperson at the South African Broadcasting Association (SABC) in March 2017.

IOL reported in September 2017 that Kweyama and her interim board were instrumental in helping the SABC recover after the censorship debacle and parliamentary inquiry that shook the public broadcaster from mid-2016 to 2017.

Dr Simo Lushaba was appointed as the new acting group CEO of Prasa.

“I ensured that only people with expertise, experience and integrity serve in these vital positions,” said a statement by Nzimande motivating the appointments. He called transport “the heartbeat of economic growth and social development”.