PRASA management fails to show up at wage talks

Workers given permission to strike after PRASA misses conciliation meeting 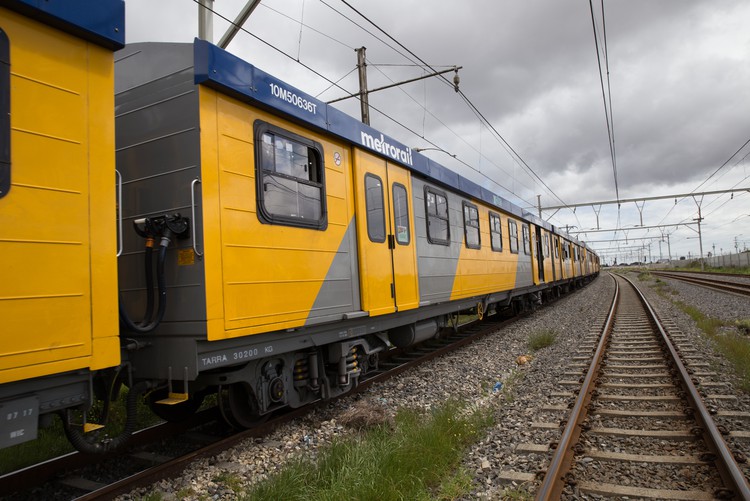 Employees have been given permission to strike following PRASA management’s failure to attend a conciliation meeting. Photo: Ashraf Hendricks

Unionised workers at the Passenger Rail Agency of South Africa (PRASA) have been given permission for a protected strike. PRASA management failed to show up on Tuesday to a meeting intended to settle a wage dispute.

PRASA signed a wage agreement with the unions on 17 May 2017, and according to the United National Transport Union (UNTU), has failed to adhere to the terms of this agreement.

“PRASA is so messed up at the moment. It’s no wonder they missed the date,” said Sonja Carstens, Media and Liaison Officer at UNTU, which she said represents the majority of PRASA’s unionised employees.

“PRASA is so messed up at the moment. It’s no wonder they missed the date.”

The dispute was between UNTU, the South African and Allied Workers Union (SATAWU) and PRASA. A conciliation meeting between the unions and PRASA had been arranged by the Commission for Conciliation, Mediation and Arbitration (CCMA) and scheduled for 9am on 10 January 2018.

Carstens said PRASA’s management had failed to arrive at the hearing despite the CCMA notifying all parties of the date and time in December last year.

The rail agency’s spokesperson, Nana Zenani, told GroundUp that PRASA had received the notice on 13 December, and had told the CCMA and the unions on 18 December that the negotiating team would be on leave on 10 January. The unions had initially agreed to postpone the hearing and then had changed their minds, she said.

UNTU’s General Secretary, Steve Harris, said UNTU had not agreed to the postponement.

“It is clear that there is no management at PRASA at the moment,” said Carstens. “PRASA is not in a position to postpone the conciliation because someone was on leave.”

“PRASA has shown organised labour time and again that it only knows how to bargain in bad faith,” said Harris. “The bargaining team of PRASA does not know the meaning of collective bargaining.”

Among the issues involved in the wage agreement signed on 17 May 2017 are an increase in the medical aid allowance, and the night shift allowance and the introduction of danger pay.

Safety is a big issue for PRASA employees, with working conditions on Metrorail’s central line in the Western Cape particularly dangerous. The most recent example of this is the death of a security guard in a shooting at Chris Hani Station in Khayelitsha on 9 January 2018. This has subsequently led to a cancellation of services on the central line.

UNTU said it would now get a mandate from its members in PRASA on whether or not they want to embark on an indefinite protected strike. This process would be finalised by 24 January 2018.

Zenani said the dispute had been “prematurely referred” to the CCMA and these issues were still on the agenda. She said the certificate to strike was “subject to legal review” and PRASA management believed that a solution could still be found.