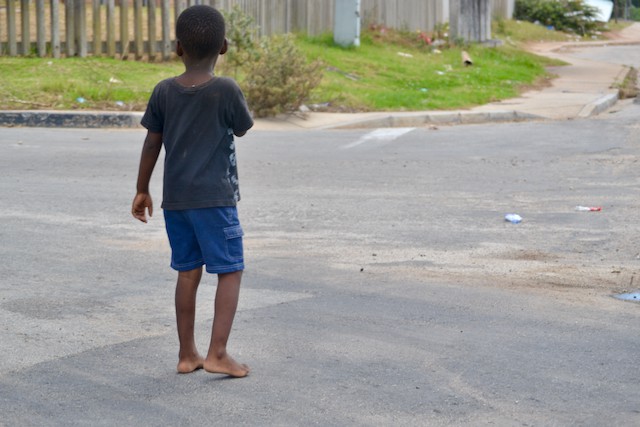 Four-year-old Luchwayito stands on the spot where there used to be a pothole where he and other children of Christine Village were bathed. Photos: Thamsanqa Mbovane 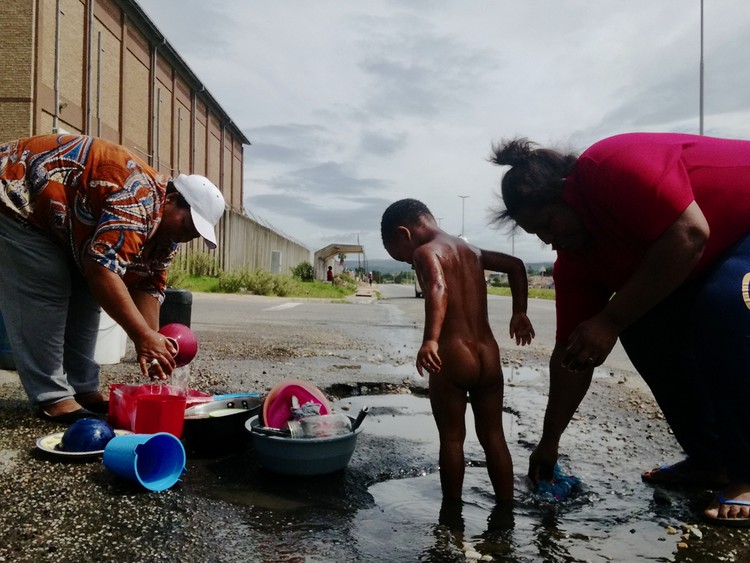 Two-year-old Tamia used to be bathed in a pothole by Christine William and Mitchel Blaauw.

Land occupiers in Christine Village, beside the busy Kamesh Road, Kariega, used to bathe their children and wash dishes in a street pothole nearby.

The 35 residents in the seven-shack settlement have been there since February 2019.

Having no other nearby access to water, because a water valve had been shut by the municipality to discourage further land occupation, they used a flooded pothole.

The municipality has now fixed the pothole and opened the water valve.

Resident Ntombikayise Fourie said, “After opening the valve we connected pipes (polycop piping) on our own to have water in our shacks. We are happy, although the municipality did not create standpipes so that we can get water in a decent manner.”

Water is currently taken from polycop piping lying on the ground and they have no proper taps.