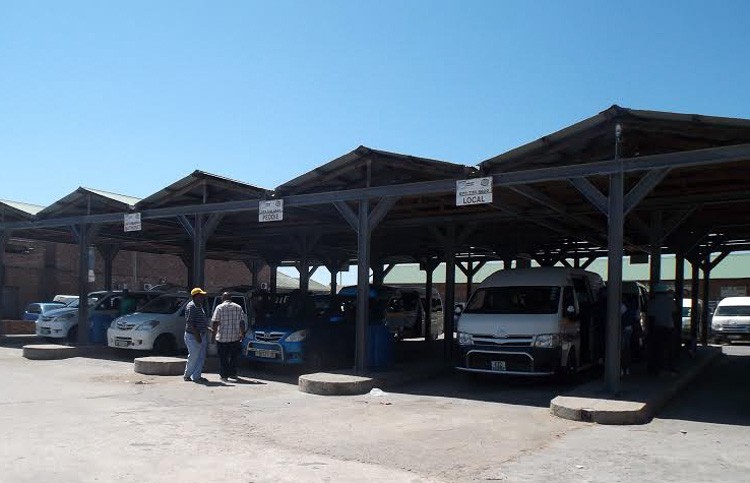 Three months ago Ndlambe municipal spokesman Khululekile Mbolekwa promised to fix the broken toilets at the Port Alfred taxi rank. Now he denies ever being told anything about it.

Taxi drivers, passengers and food vendors are forced to use the toilets in nearby Pick n Pay because the taxi rank toilets are not working. Drivers say the water has been cut off and that the toilets have not been useable since October 2016.

GroundUp reported on a sewage spill and broken toilets at the taxi rank in January. At the time, Mbolekwa said workers had been sent to fix the pipes when the problem had been reported. He said then that a new company would be sent to investigate the problem. “All we are asking is time to fix that. We know no-one is supposed to work under conditions like that,” he said.

But when GroundUp last visited the rank on Saturday 1 April, the toilets were not working and the water had been cut off. Taxi driver Magebula Khulu said no-one from the municipality had come this year. “Our municipality is not afraid to make a promise knowing that they are not going to keep it,” he said.

Bukelwa Renqu, a marshal at the rank, said the problem had been reported to Ndlambe municipality offices and officials had promised the toilets would be fixed. “Last year they came here but left and the toilets did not work. We have been waiting since then,” she said.

Asked for comment, Mbolekwa first said that the municipality was hearing about these problems for the first time. “We didn’t know that they do not have water and their toilets are not working. The municipality had nothing to do with that,” he said.

When GroundUp pointed out that taxi drivers and other people at the rank claim to have reported the problem several times, he said: “As I have already said we didn’t know anything”.

But when GroundUp reminded him of his comments in January, Mbolekwa changed his tune. “Our officials were there and they did not find anything wrong in the water taps and we did not close the water taps or the toilets,” he said.

When told that GroundUp had visited the rank and confirmed that there was no water in the toilets, he said this was not the fault of the municipality. “Maybe it’s the people’s fault who are using the toilets and water in the taxi rank,” he said.