Political donations: the silence of the developers

Most fail to answer questions sent by the Observatory Civic Association 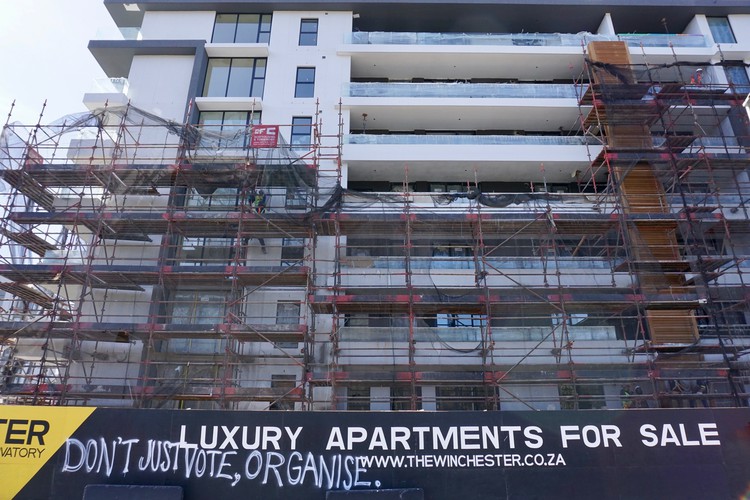 By Tauriq Jenkins and Leslie London

Municipalities are often seen to protect the interests of property developers over ordinary residents. In light of a new report by My Vote Counts on the secret financial ties between big business and politics, citizens should ask if politicians are giving special favour to high-end developers – and if so, why.

The Observatory Civic Association (OCA) is one of many community civics mandated to engage with the City of Cape Town and to ensure that decisions on developments in our area take account of the concerns and interests of the community.

Over the past four years, the suburb of Observatory has seen an explosion of large developments, many of which have been resisted by residents. Our efforts have been frustrated by officials who have exercised their “discretion” at almost every turn to permit these developments to go ahead, even when there were procedural errors.

For example, one development was passed with an error which allowed the developer to exceed the permitted bulk, an “error” acknowledged in a meeting by the developer’s architect. The City planners took no action to rectify the issue.

Another developer sought to add an extra floor to an existing building without permission – though this violated the City’s own policies. The application was ultimately approved. Our appeal was rejected in a Mayoral Appeal Committee meeting in which 19 appeals were dealt with in less than 38 minutes, averaging less than 2 minutes for consideration of the arguments in each appeal.

Another development, located within the Heritage Protection Overlay Zone in Observatory, where developments are supposed to be advertised, was approved without any public consultation. At the moment, while disputing a Heritage Western Cape Protection Order over the River Club, the City is pressing ahead with considering a rezoning application by developers for that same property – which could lead to a mega-development in a sensitive heritage area.

Every process seems to be designed to reach the same conclusion: the development proceeds, no matter what.

Crispin Olver, author of “How to Steal a City” (which deals with corruption in Port Elizabeth), has shown how development decisions can create instant wealth for certain individuals and how such decisions might be subject to political pressures to serve party interests.

The question of transparency in political party funding has been on the political agenda for some years, and in June 2018, the Constitutional Court ruled that disclosure of information on political parties’ private donations is essential so that citizens can make informed political choices.

The OCA wrote to developers involved in Observatory to ask them to declare any funding of political parties in the past three years. We did this in order to give effect to the principle of transparency in a constitutional democracy. The rights of individual citizens to vote require they can make an informed decision when it comes to elections. Additionally, communities and community members are entitled by the Constitution to be sure that administrative processes are fair, just and transparent. Housing activists at Reclaim the City and in other civic organisations have raised similar questions about developers who always seem to be in the good graces of officials in the City and provincial government.

Months later, only two developers have responded to our letter. One said they had given no financial donations to political parties. The other responded with a lawyer’s letter, taking “umbrage” at the “insinuation” of “indirect benefit”, denied ever seeking “an approval of any sort in an underhand, illegal and unjust manner” and threatened the OCA with further action should we transmit any “similar type correspondence” in future. On the direct question of whether they had funded any political party or not in past three years, this developer declined to say yes or no. Nine others have simply never responded.

The report by My Vote Counts does not include details of any developers funding political parties. However, the report notes that “there is surely a huge gap in publicly available information on the various private donations allocated to political parties.”

Developers approached and their responses