Police use of deadly force must be curbed, says new expert report

Report says ratio of civilians killed by police to police killed on duty in South Africa, about 13 to one, is a cause for concern 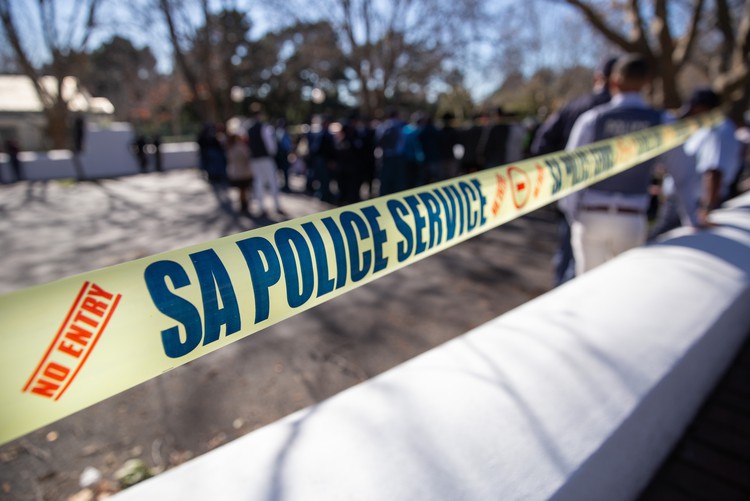 A new report raises many concerns about SAPS’s use of lethal force. Photo: Ashraf Hendricks

People killed while fleeing, while brandishing knives or when officers fire “warning” shots – these are some of the circumstances of killings by police examined in a new study on the use of lethal force by the South African Police Service (SAPS).

International policing expert Ignacio Cano, who authored the study for the African Policing Civilian Oversight Forum (APCOF), has studied some of the world’s most violent police forces. He helped develop a list of indicators for identifying the abuse of force by police.

Applied to Latin America, these indicators were used in a 2019 study to reveal patterns of deadly abuse by police forces in Brazil, El Salvador and Venezuela.

“For most indexes, the values for South Africa are lower than for these Latin American countries,” Cano said at a webinar on Tuesday, where his report was launched. He was referring to values for indicators such as the number of people killed by police per 100,000 inhabitants and the percentage of a country’s total homicides which are attributed to police or security agents.

“Bear in mind that these Latin American countries were selected precisely because they have a problem of abuse of lethal force. So, the fact that South Africa fares relatively well in comparison to them is not necessarily a fair assessment, because you are comparing yourself with countries where the problem is most acute,” he said.

Cano said the ratio of civilians killed by police to police killed on duty in South Africa – about 13 to one – was a cause for concern. This ratio may indicate excessive use of force. When it exceeds ten to one, according to a 1991 study by New York University law professor Paul Chevigny, it goes above the threshold of what is deemed a proportionate and acceptable level of force, vis-a-vis the dangers faced by police officers in executing their duties.

The study analysed a sample of case data from the Independent Police Investigative Directorate (IPID), provided to APCOF by Viewfinder.

Viewfinder accessed this database via a public records (PAIA) request in 2018, and conducted data analyses and investigations into patterns of police brutality and the underpinnings of the lack of accountability by police.

Cano followed a similar methodology to previous Viewfinder data analyses in that he consolidated, read and categorised a sample of complaint descriptions captured by IPID. The sample used for his study looked at deaths caused by police, deaths in police custody, and shooting complaints contained in the IPID case intake master register for the 2017/18 financial year.

The sample revealed that 390 people were killed by police officers using their firearms in the year under review. While most of the killings occurred in confrontations between police and criminal suspects, especially during robberies and hijackings, Cano’s analysis raised other alarming instances of killing.

Outside of the firearm related fatalities, seven deaths were attributed to alleged torture by police.

Twenty killings occurred in incidents where police fired warning shots. Though these “warning” shots were not necessarily the fatal shot, Cano pointed out that warning shots are bad practice. Warning shots are either ineffective in deterring suspects engaged in a life-threatening confrontation with police or civilians, or they have the potential to do more harm than good in non-life-threatening situations.

Looking at data related to police shooting complaints, Cano identified 45 incidents of police firing at fleeing suspects. In eleven such cases, the police killed the suspect.

“This is a grave violation of basic international principles, since lethal force can be used only if there is an imminent threat of death or serious injury to the police officer concerned or to somebody else … A fleeing person cannot legally be stopped through lethal force,” Cano wrote.

As previously seen in IPID’s data, and affirmed by Viewfinder’s investigations, Cano’s report noted that KwaZulu-Natal accounts for a disproportionate number of killings by police in the country. He singled out several police stations in the eThekwini Metro — Umlazi, Inanda, Kwamashu and Pinetown — where five or more killings by police were registered in the year under review.

This latest report contributes to an ongoing push by policing experts, human rights organisations, civil society and several spheres of government to bring pressure on SAPS to curb torture, killings and brutality by its members.

In July 2019, the South African Human Rights Commission (SAHRC) launched the National Torture Preventative Mechanism (NPM). Earlier this year IPID, which is a partner in the NPM, announced that it will introduce a program whereby its investigators will proactively start monitoring police cells to identify and prevent instances of torture.

In May and August this year, Parliament’s Portfolio Committee on Policing grilled SAPS on its poor track record in holding officers implicated in violent crimes accountable.

In March, police minister Bheki Cele made public a report by the Panel of Experts on Policing and Crowd Management, which was established in line with the recommendations of the Marikana Commission of Inquiry. The Panel of Experts recommended that Parliament consider the introduction of a new law to codify the rules that police must adhere to when using force. The basis for such a law already exists in a document called the “Model Bill for Use of Force by Police and other Law Enforcement Agencies in South Africa”, prepared by the Institute for International and Comparative Law in Africa in collaboration with APCOF.

In concluding his report, Cano cited the “Model Bill ” and also motivated for a “legal and regulatory framework regarding the use of force” in South Africa.

Cano also said that police should be trained not to shoot at fleeing suspects, not to make use of “warning” shots, and to be better prepared in dealing with suspects armed with knives by means other than resorting to the use of lethal force.

Viewfinder submitted a query to SAPS, asking for a response to the report and recommendations. SAPS did not respond.

Produced for GroundUp by Viewfinder.