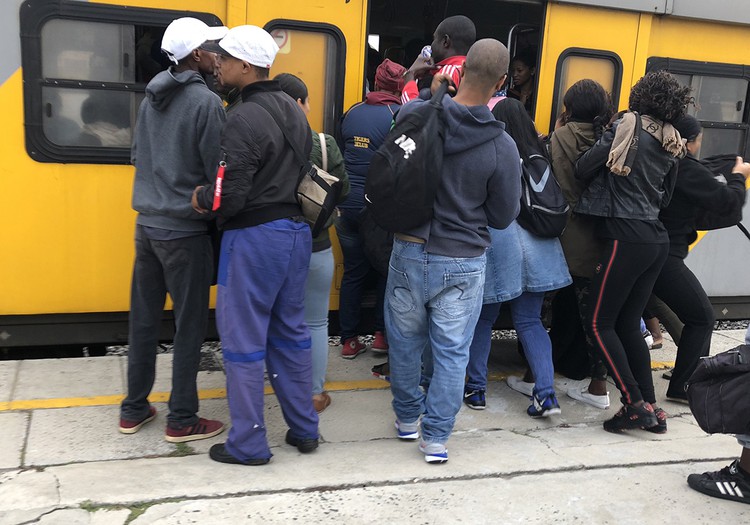 Police have blamed the Passenger Rail Agency of SA for the lack of safety on Cape Town’s trains. Archive photo: Tariro Washinyira

A top police officer has blamed the Passenger Rail Agency of South Africa (PRASA) for the lack of safety on Cape Town’s trains.

Briefing the Western Cape provincial legislature’s standing committee on community safety on Wednesday, SAPS representative Brigadier Bonginkosi Solucutho said one of the police’s challenges was that CCTV cameras on stations were not seen as a priority by PRASA.

“Cameras are off since 2015. On platforms there are no cameras,” he said.

Other challenges which hindered police work included a lack of fencing and little or no access control to stations; no communication from PRASA to commuters about train cancellations and delays; and overcrowding on the trains as a result of shorter train sets.

He listed other problems:

To emphasise the challenges of policing on trains during peak hours Solucutho played a video clip of an overcrowded train coming on the Central line into Bonteheuwel on the way to Cape Town. In the video clip many people were “surfing” on the train and some standing in the door while the train was in motion.

This article has been corrected to reflect the fact that the briefing took place in the provincial legislature, not in Parliament.