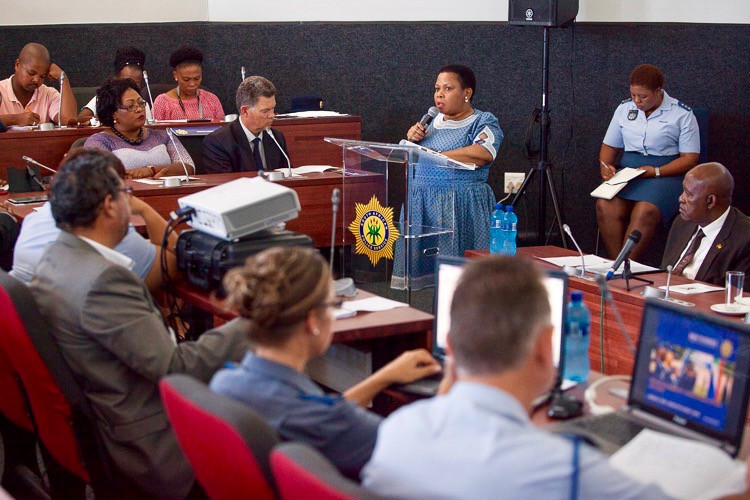 On Tuesday, Deputy Minister of Police Maggie Sotyu admitted that large backlogs of cases at Western Cape police stations could not be considered “normal”.

“I can’t see them [police] improving on their conviction rate if one investigator has more than 250 dockets. It’s not normal … We must come up with a strategy to see how best we can deal with the issues of backlogs,” said Sotyu at a meeting at the New Khayelitsha Training Centre.

The deputy minister’s visit comes after the Social Justice Coalition (SJC), Equal Education and the Nyanga Community Policing Forum asked the courts to address what they see as an “unjust allocation of police resources in poor, mainly black areas”.

The SJC believes that “the fact that most of the country’s murder hotspots are in the Western Cape’s black communities cannot be separated from the SAPS’ [South African Police Service] reluctance to implement several of the recommendations of the Khayelitsha Commission of Inquiry”.

The commission presented its findings in 2014, taking issue with the manner in which the SAPS allocates resources between police stations.

Lingelethu West police station in Khayelitsha is five detectives short of its allocation. A member of the audience on Tuesday called for a “radical approach” with regard to the shortfall of detectives at police stations.

Sotyu said it was a national issue and it was being addressed. She agreed a shortage of detectives needed to be corrected quickly.

Sotyu said her first task was to ensure that there were enough resources for investigators, because “arrest alone is meaningless”. Experienced police officers had to be relocated from stations where there were fewer problems to those that were under resourced.

“There is still a lot of work to do in this province,” Sotyu told the audience.

She said there was a problem with space in Khayelitsha’s Lingelethu West station. “There is no space whatsoever, especially for detectives,” said Sotyu.

“What is even more painful is the fact that we can’t do anything because we don’t own that land,” said Sotyu. The land is owned by the City of Cape Town.

Sotyu said councillors were in talks with the City to purchase land.