Teenager is recovering in hospital 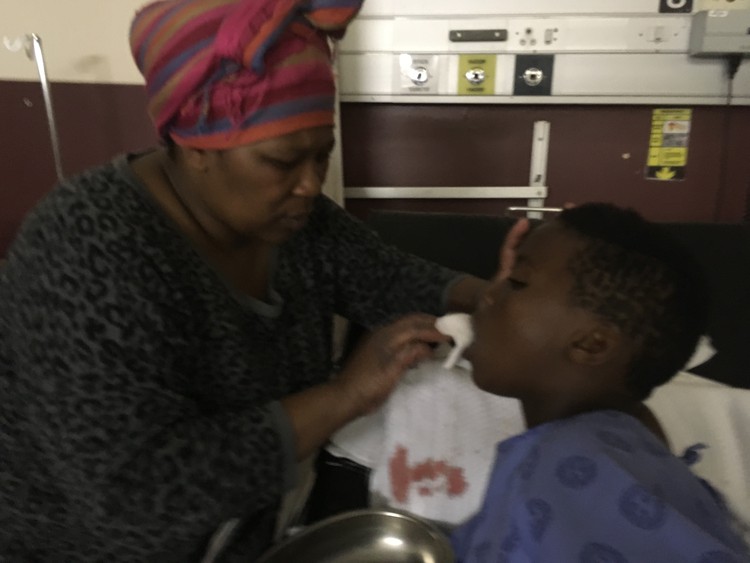 The South African Police Service (SAPS) has confirmed that a case has been opened against the police involved in the shooting of 14-year-old Ona Dubula. Dubula was shot during a protest in Hout Bay on Tuesday afternoon.

SAPS spokesperson Captain FC van Wyk said: “A case of assault with the intent to do grievous bodily harm has been registered for investigation on behalf of the family.”

On Thursday the Independent Police Investigative Directorate (IPID) said that it was also investigating the shooting. Moses Dlamini of IPID told GroundUp that a case of attempted murder had been registered.

Dubula was shot four times and is in hospital recovering after two rubber bullets entered his mouth. He was also shot in the ribs.

Speaking to GroundUp, Hout Bay’s Police Station Commander Lieutenant Colonel Khuthala Nebhisi said that the case was being “handled by the IPID” and refused to comment any further before dropping the phone.

Dubula’s mother, Pinkie, said that the Hout Bay police and IPID had visited her son at Groote Schuur Hospital. Ona, along with two women, was hiding behind a wooden table during Tuesday’s protest. A GroundUp reporter witnessed the shooting, and his version of events, in particular that a police officer shot Ona from about two metres, is corroborated by a widely circulated video taken by Peter Michaels.

“The station commander was here on Wednesday when Ona was still in intensive care. She urged me not to worry because the police had opened a case against the police who shot Ona on my behalf. On Thursday morning, IPID came and took a statement from Ona and said that they would will be assisting me with the case from here on,” said Pinkie.

Pinkie said that Ona’s speech was gradually recovering: “His tongue currently has a hole where the bullets were removed. He was able to give a statement to the police, although he had to take breaks, and he is currently eating through a feeding tube.” Ona is expected to make a full recovery.