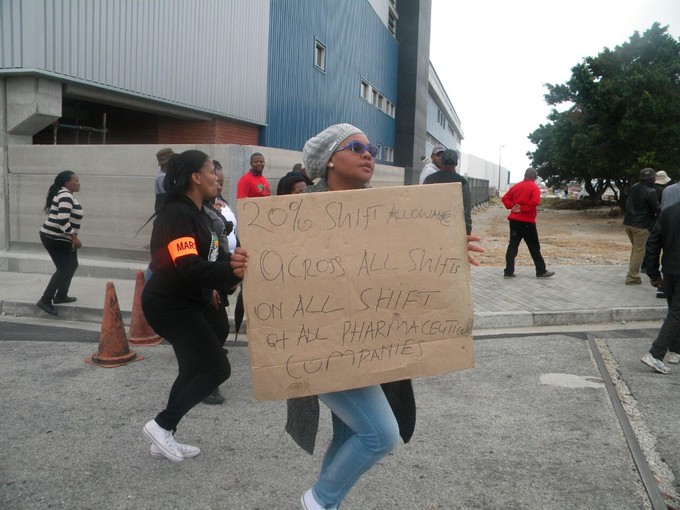 Striking workers at pharmaceutical company Aspen Pharmacare in Port Elizabeth have accused management of breaking the rules by removing a water tap.

Aspen workers in Port Elizabeth and East London have been on strike since the end of July, demanding a 10% wage increase. Aspen is offering 7.5%.

“According to inside estimates, there are less than 80 people still working inside.”

He said the company was threatening workers with punishment if they joined the picket.

“By so doing the company is breaking the rules of picketing that allows for every worker to picket as long the strike is protected.”

“The company also removed a water tap that supplied drinking water to picketing workers. The two mobile toilets are dirty and stinking. No one is taking care of them. This is a blatant violation of the rules of picketing which state that the company shall provide all the above at its cost.”

Shauneen Beukes, Aspen spokesperson, declined to answer any of GroundUp’s questions, issuing the same statement she issued some weeks ago: “Aspen does not engage in Union related issues through the media. These are handled directly with the Union and, should a statement be required, Aspen will issue a formal press release. Aspen further confirms that it is in ongoing discussion with the union representatives regarding strike and picketing action.”