In photos: xenophobic violence in Pretoria 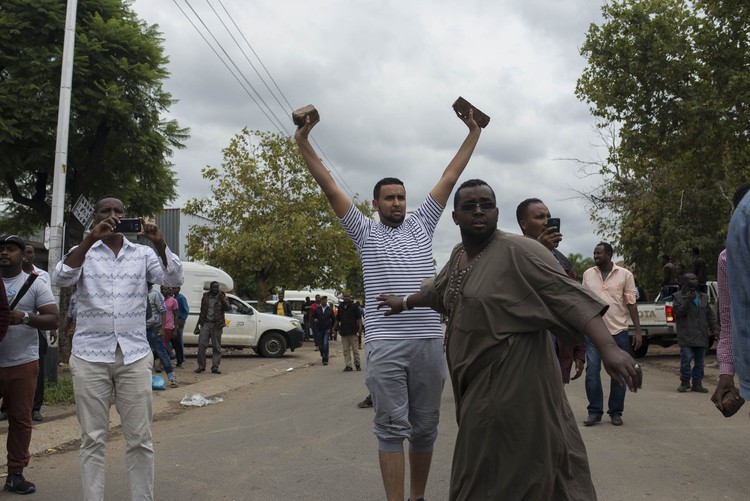 Residents of a Somali neighbourhood in Pretoria West armed themselves with stones and bricks as a group protesting against their presence approached them.

Against the backdrop of an anti-immigrant march in Pretoria, Ihsaan Haffejee photographed a clash between protesters and Somali immigrants in the west of the city on Friday.