Eid ul-fitr will be celebrated on Monday 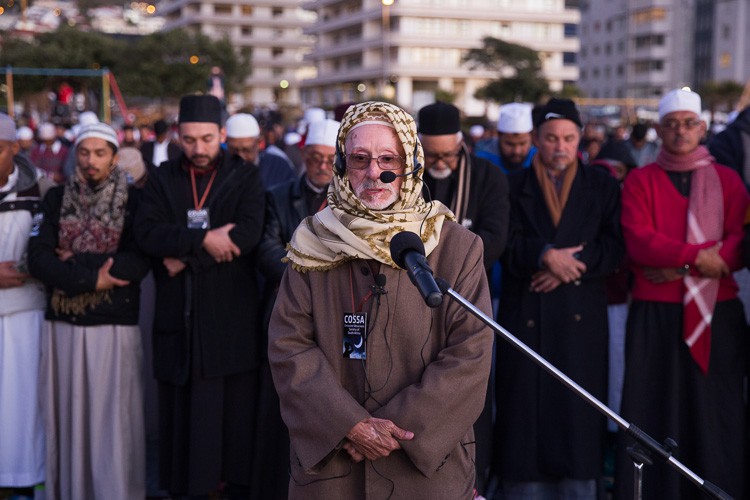 On a crisp, cloudless day, hundreds of Muslim families gathered at Three-Anchor Bay in Sea Point to break their fast and look out for the new moon. The sighting of the crescent would signify the end of Ramadan, the holy Islamic month in which Muslims fast from sunrise to sunset. As the moon was not sighted, Eid ul-fitr would be celebrated on Monday 26 June. Eid ul-Fitr, which is Arabic for “festival of breaking the fast”, is a three-day religious festival celebrated by millions of Muslims around the world.

The sighting of the new moon for Eid ul-fitr is a uniquely local tradition where by “Maan Kykers” or “moon watchers” head out to strategic points to look for the new moon by eye. Other areas where the observing takes place include Signal Hill, Bakoven and Stellenbosch.

When asked for a prediction, Panday said that the sighting is unlikely: “You can only see a moon with binoculars in 12 and a half hours, and with the naked eye from 15 hours. The moon is only 13 hours” he said.

Families were seen carrying blankets to keep the little ones warm and an array of foods including soup, samoosas and all sorts of tasty treats were seen throughout. The mood was festive with children filling the playgrounds and playing soccer and cricket happily.

Mogamat Zainodien Jardien from Eagle Park said that this is his seventh year coming out for the moon sighting. Jardien says that the atmosphere is amazing. “It feels like a small Arafat” he says. Arafat is an area in Makkah when millions of Muslims pass through and spend a day during pilgrimage. “This is a small population but it gives you the same feeling” said Jardien.

Premier of the Western Helen Zille also joined the festivities. “The end of Ramadan and the moon sighting is always a special occasion for everyone in Cape Town because in a way, everyone is swept up by Ramadan. The empathy, the spirituality, the focus on giving, the focus on what is important in life really infuses the whole city,” she said. She wished all Muslims an Eid Mubarak and a “slamat for labarang”.