In photos: The people of Woodstock threatened by gentrification 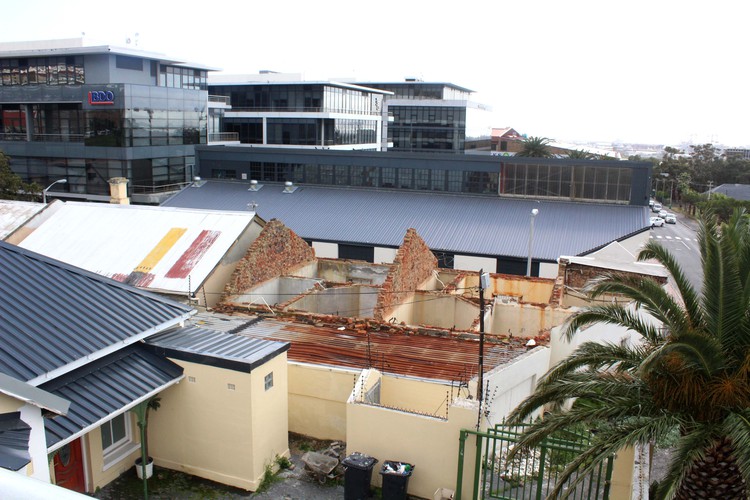 The new is replacing the old in Woodstock. But with gentrification comes eviction.

But not everyone benefits from the changes. Families living on Albert and Gympie Streets live in anticipation of eviction, as they cannot afford to rent or buy their homes. Masixole Feni met and photographed some of these residents.

The residents of 53 Albert Road have received eviction notices. They are contesting their evictions in court.

Delia Adrian, Theresa Wattson and Sedick Harris live in 53 Albert Road. They received an eviction notice from the Sheriff. Adrian says the eviction reminds her of her childhood when her parents were forcefully removed from their home at 29 Horsley Street, District Six.

Fayrooz Sign and Deno Hansen (who works as a car guide outside the building) have been living in the building for five years after being homeless for ten years. They used to live in Bonteheuwel.

Annamarie and Alicia Dube have lived in the building for three years. They share it with four other people.

Maggie and Gavin Solomons have been living on Albert Street for 15 years. They grew up in District six. Before they lived in these rental units they were homeless. They say their water has been cut off by the landlord, so they decided not to pay rent. They share their unit with ten other people.

Kasiefa Watson and her children Tamy, Lukeman, and Raldia have been living in their apartment for 13 years. She moved from Brooklyn to Woodstock to start a new life. She says it is convenient to live in Woodstock because her children go to a nearby school and her husband works at the harbour. “If we have to move to Wolwerivier it would be a setback in my life and for all my children,” she says.

June Peterson is 64 and cleans this block of student apartments on Gympie Street. She says she used to live here, but she was one of many people who were moved to Blikkiesdorp in Delft (near the airport).

Labieba Marley is 60. She lived on Gympie Street for 17 years. Here, she is visiting her family in Gympie Street. She now lives in Lavender Hill. Her grandchildren prefer living in Woodstock because it is close to their work in town.