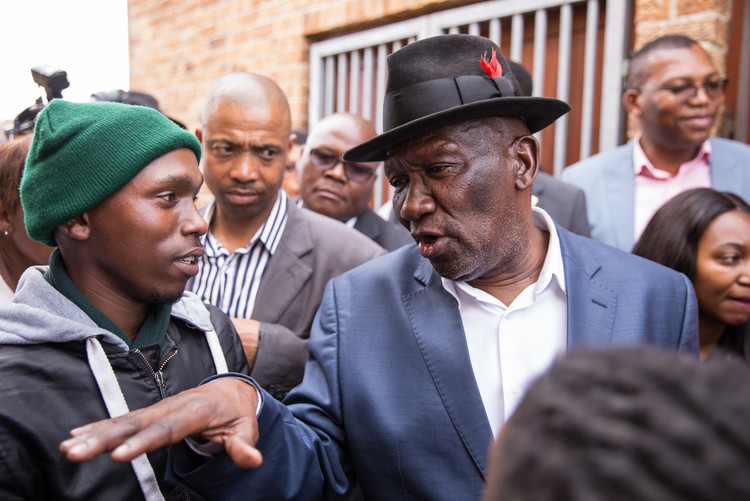 Minister of Police Bheki Cele speaks to a Zwelihle resident. 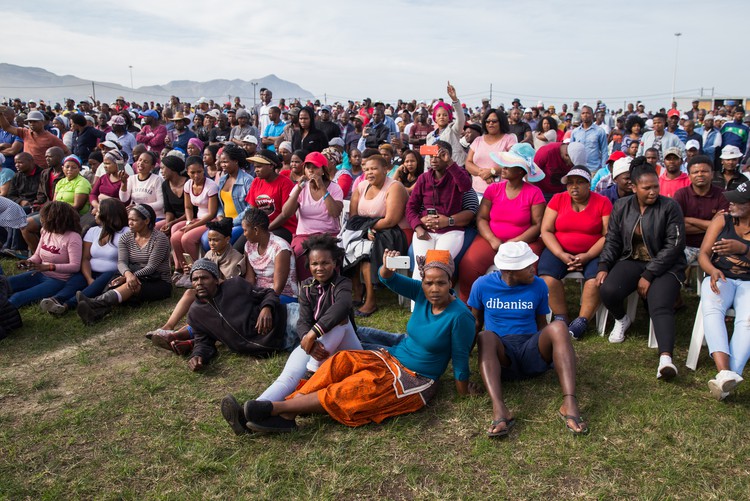 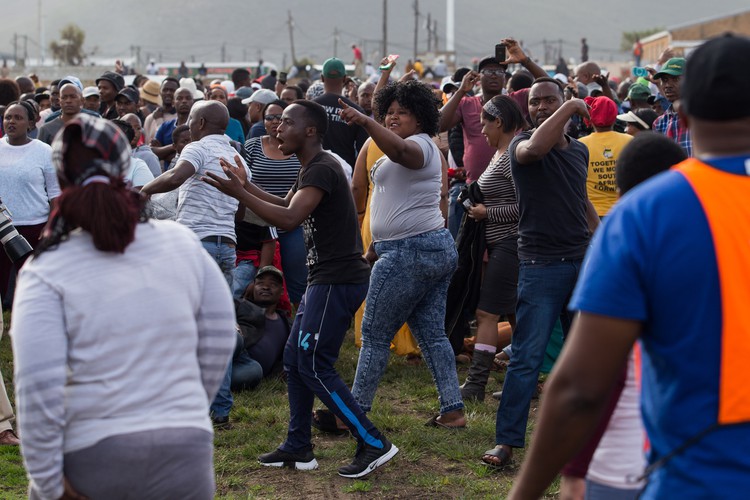 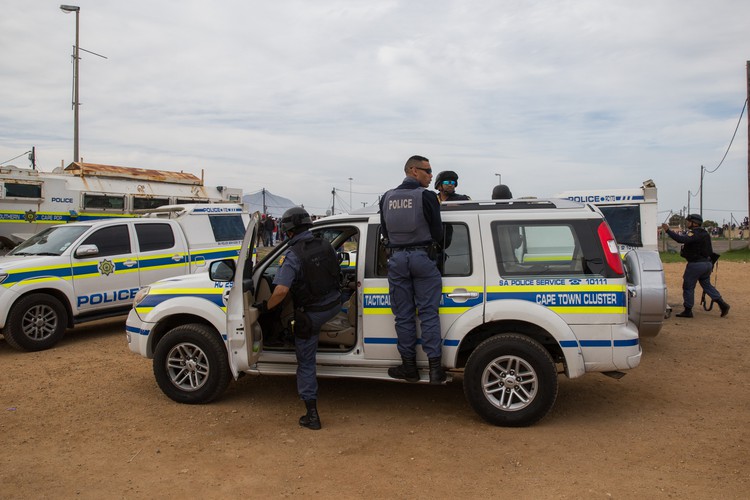