Phoenix woman injured during July unrest can no longer work 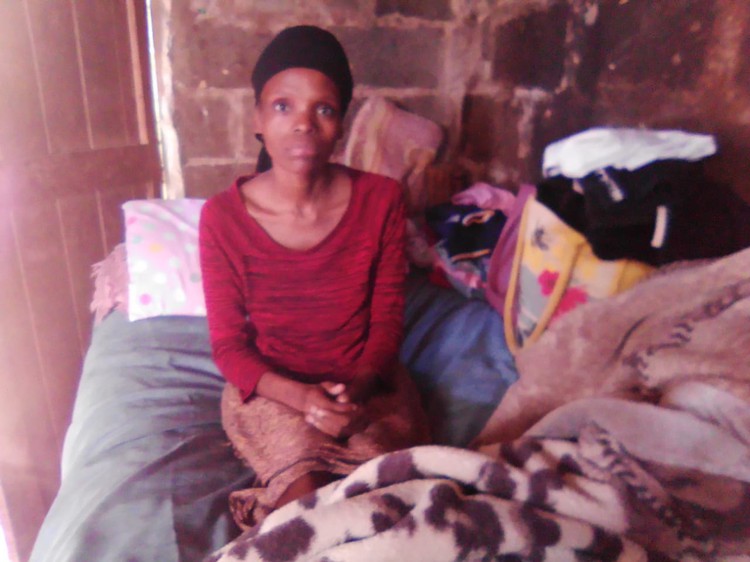 Joyce Maboja from Bhambayi, north of Durban, was shot while walking to a clinic in Phoenix during the unrest in July. Photo: Nokulunga Majola

Joyce Maboja was walking to a clinic in Phoenix — while the unrest was intensifying in the area — when stray bullets hit her in the abdomen and left leg.

The shots left 35-year-old Maboja without the use of her left leg. She lives with her family in a small two-roomed house in Bhambayi, north of Durban.

Recounting the day she was shot, Maboja said she was going to the clinic for help with an “uncontrollable asthma attack”. She turned around but only discovered that she had been seriously injured after she got home.

“My family found me lying on the bed covered in blood. My sisters insisted that we go to Inanda Community Health Centre but it was closed. The next day, I went to Mahatma Gandhi Memorial Hospital where I was transferred to another hospital where they removed some foreign objects from the wounds,” she said.

Maboja said she has been unable to find work as a domestic worker or other work she can do since her injury. Her mother, who helped pay for household expenses, died on 9 September 2021. Maboja’s younger sisters are also unemployed and the family of nine now survive on social grants. “This has changed my life. All I do is sleep all day because my leg hurts most of the time. My sisters take care of me by helping me when I go to the bathroom and prepare food for me. I am not used to relying on others,” Maboja said.

Earlier in September while visiting uMlazi, south of Durban, where 11 people were killed during the unrest, Police Minister Bheki Cele said 56 people had been arrested in connection to the murders of 36 people in Phoenix.

He said police were still investigating 52 cases of attempted murder, nine cases of common assault and 16 cases of assault with the intent to do grievous bodily harm. Some of those arrested are allegedly connected to several murder cases, he said, while others are facing charges relating to attempted murder, malicious damage to property and defeating the ends of justice.

Cele also noted the racial tensions that erupted in the community during and subsequent to the unrest.

When GroundUp asked police for progress on Maboja’s case, the police ministry spokesperson directed questions to the provincial office, but when GroundUp contacted the office we were told that they could not comment.

Social workers from the KwaZulu-Natal Department of Social Development visited Maboja and her family last week to assess the situation. They promised to return with mattresses and blankets and other basic items for the family.

Maboja plans to apply for a disability grant until she is able to get a job again. “I don’t want to depend on people all my life. I need to find a way to work for my family. What happened to me could have happened to anyone, but I won’t allow it to ruin my life,” she said.