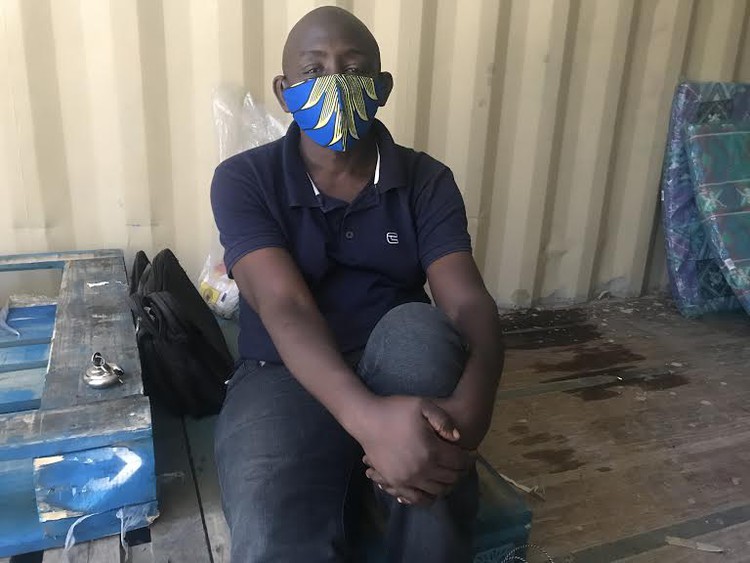 Alidi Hicuburundi’s goal is to build a crime-free community in Philippi where he lives. Burundi-born Hicuburundi is a member of the community policing forum representing immigrants at various Cape Town police stations including Mitchells Plain, Gugulethu, Nyanga, Browns Farm and Philippi East.

“My aim is to build a crime free and peaceful community,” he told GroundUp.

Hicuburundi, who is from Bujumbura and has refugee status in South Africa, says as a councillor for the opposition Front for Democracy in Burundi he was persecuted and fled the country. Since arriving in South Africa in 2006, he says, he has tried to use his experience as a councillor to build trust and form a strong relationship with the Philippi community.

He runs a junior soccer club with some 120 children- he was a soccer coach in Bujumbura - and in 2009 he joined the policing forum.

“Because I was the only foreigner in the committee at first I used to feel awkward and anxious during meetings. But the feeling soon faded away after I had seen how the other members treated me and valued my contribution. We have achieved a lot by working together,” he said.

Hicuburundi, who used to own spaza shops and has just started a small food business, said the police had asked him to represent refugees and immigrants in the meetings and to help deal with complaints. He said South Africans were complaining that immigrant shops were taking business away from them, while immigrants were complaining that they were being overcharged for rent on shacks and houses, paying up to R1,700 a month. “Some landlords would raise rent more than twice a month.”

Captain Tobias Andreas Allies of Philippi East police station said Hicuburundi was an active member of the community. “He forms part of our meetings at SAPS.”

Hicuburundi, who speaks fluent isXhosa, said it was not easy to bring immigrant and South African children together to play soccer as there was mistrust between the two groups. “The young boys didn’t want to mingle. Refugee children would be in their corner on the same field as South Africans until I brought them together. Since then we have expanded to Gugulethu, Lower and New Crossroads.

“We also run a life skills programme. Some of the young men couldn’t reform and now terrorise the community. They have become skollies and like to imitate gangsters’ way of life. But they do cheer and call me president on the streets. They rob their sisters and parents but never one day did they rob me.”

Hicuburundi said lately documentation had become a big problem. Many immigrants are being arrested, he said, mostly in Mitchells Plain where police often raid. He gets help on their behalf from the University of Cape Town (UCT) Law Clinic and from the United Nations High Commissioner for Refugees. UCT also helps asylum-seekers with stamped letters to show to police so that they don’t get arrested when they travel to Port Elizabeth and Durban Home Affairs offices to apply for documents.

Since the Covid-19 national lockdown, Hicuburundi has been distributing food parcels once a month. He gives to about 200 families in Atlantis, 100 in Portland Mitchells Plain and 400 in Philippi, he says. The food packs include rice, oil, tea bags and sugar.

He gets donations from the Adonis Musati Project and from the Muslim Refugee Association of South Africa (MRASA), non-profit organisations that help refugees.

“Hunger and unemployment has increased in the township,” said Hicuburundi. “Most immigrants don’t get grants. And some of the South African citizens who do, use the money to pay debts and are left with no money for food.”