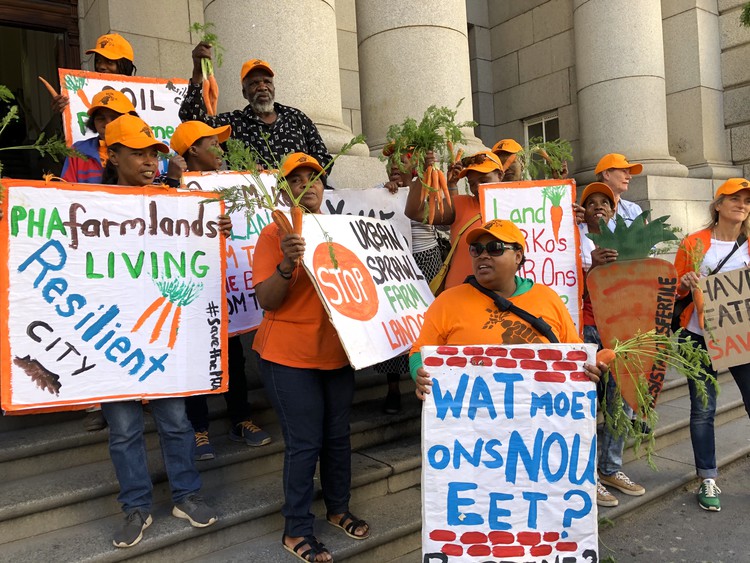 Farmers and workers from the Philippi Horticultural Area demonstrated on the steps of the Western Cape High Court on Tuesday. Photo: Madison Yauger