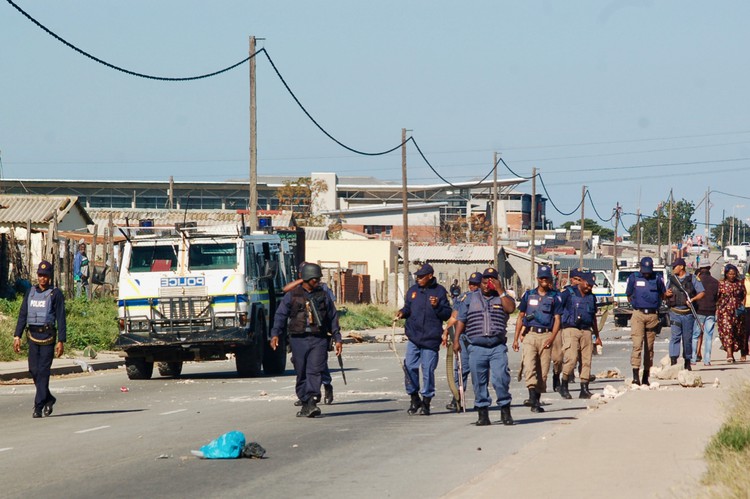 Councillor Mzuvukile Tom (ANC) of ward 55 in Motherwell, Port Elizabeth revealed on Monday afternoon that over the weekend his RDP house had been damaged by fire and his motor vehicle was sabotaged.

He believed the attacks are connected to ongoing protests against him by residents of NU10.

His house was damaged by arson on Friday. He had been at a council meeting in the city centre. “Later in the evening, I learnt that my silver BMW Dolphin had sugar poured in its gas tank,” he said.

Shukushukuma resident 60-year-old Bulelwa Joxo said: “When the councillor was voted in, he made many promises but he never fulfilled them.”

Police spokesperson Captain Andre Beegte said 12 people were arrested in NU10 over the weekend on charges of public violence and intimidation.

Beegte said the trouble started after a case of intimidation was opened on 8 July by a man who works with the municipality after he was intimidated by a group of people making various allegations against him. Then on 12 July (Friday), the group went back to the man’s shack in Kamvelihle. “They threatened him and then broke down his shack, just before 1pm. They were not happy at how things were going.”

Beegte said that on the same day, one of the NU10 protest leaders, Mbulelo Taaibos, was arrested on charges of intimidation.

“The community was very upset that he was arrested. They also went to the shack of the [municipality] man and destroyed it further … They later vented their anger on the councillor’s house and damaged it by burning stuff inside. The house was not burnt down and a case of public violence was opened.”

Beegte said since that after this incident there were more protests.

Taaibos remains in custody and was refused bail. He will appear in court on 22 July.

He said ten other people arrested in terms of the municipality man’s destroyed shack had been released on warning and will appear in court again on 6 September.