Student describes why he considered suicide 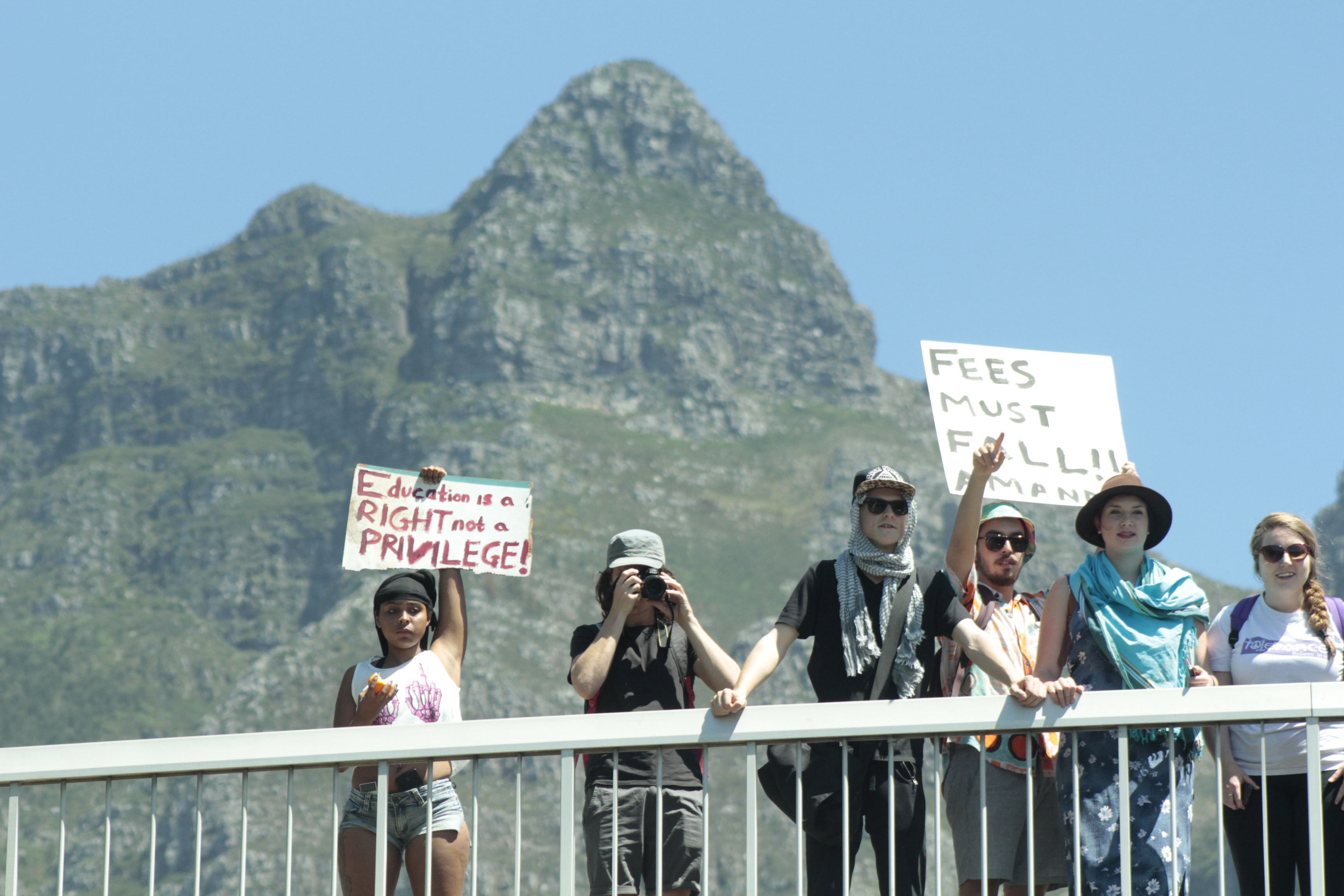 Achille Mbembe has described the role of debt in last year’s student protests. In this three-part series, students describe their financial problems.

“There was one day when I convinced myself that I would take a tyre and burn myself in front of Jammie Hall … So that they understand … I can’t go home owing this money. This thing will grow and grow and grow,” said Mbulelo (not his real name), an engineering student at UCT who owes the university over R40,000.

Mbulelo says that suicide has been a serious concern among students he knows with financial problems at UCT, and he believes that a friend who died recently took his own life.

Mbulelo was raised by his mother in a Cape Town township, where he currently lives. The money that he owes the university stems from last year after his grades slipped and only some of his bursary from a government department was paid.

“The problems started towards the end of 2013,” said Mbulelo. At the beginning of 2013 his mother had lost her job working at an NGO and he had changed engineering specialities.

“She managed everything for high school. Everything was fine,” said Mbulelo, who excelled at a local school, even travelling overseas on a science project. “It was rare for anyone from that school to do such a thing.”

Mbulelo and his three brothers were raised by their mother with the help of their grandmother, as they had never met their father.

A few years ago Mbulelo searched for his father; the family desperately needed him to pay maintenance.

“I spent many days sacrificing lectures,” said Mbulelo. He had to go back and forth to the court as court dates were repeatedly postponed.

“He knows how to get away with this [not paying maintenance],” said Mbulelo.

Eventually last year, his father was ordered to pay maintenance of R800 a month, but it appears it was too little too late.

Mbulelo’s troubles in 2013 were compounded when he was academically excluded, but his appeal to the university was successful and he was readmitted. During the same year, his bursary didn’t pay out the full amount, which he believes was because of his poorer grades.

“But they didn’t specify why [they didn’t pay the full amount],” said Mbulelo.

Despite this, he managed to make up the shortfall with a combination of NSFAS (National Student Financial Aid Scheme) loans and people bailing him out.

Mbulelo says that every year he would apply for NSFAS funding but would always accept a bursary instead if it came through, because he “was running away from the [NSFAS] loan”.

In 2014 and 2015, Mbulelo received his bursary from the government department, but he worried that once again he would not be fully funded by the bursary as his grades were not good.

In order to cut costs he moved out of residence, which then meant commuting to university everyday. Mbulelo covered these extra transport costs through the change left over from the R70 transport stipend his mother received from her recent volunteer position at an NGO.

His fears were confirmed last year. He only received a portion of the bursary, which plunged him into his current debt to the university which consists of fees and residence costs.

Any hope that he would be bailed out by NSFAS this year were dashed when his application to NSFAS was rejected because of his grades.

He appealed the rejection. He said it took nearly four weeks for a response. While waiting he passed up applying for two job opportunities.

“I had everything planned,” said Mbulelo. He was going to take part in an internship that paid R8,600 a month, enabling him to pay back R4,100 a month to make sure that his debt would be cleared by next year.

By the time he heard that his appeal was unsuccessful, the job applications had closed.

At the beginning of this year, UCT released a plan where students on financial aid could convert their fee debt into a NSFAS loan if they were academically and financially eligible. As Mbulelo was never actually on NSFAS, this may not have applied to him, but even if he was to be considered as a student on “financial aid”, academically he may not have made the cut, which appears to be the case considering the rejection of his NSFAS application this year.

Mbulelo has tried to secure a loan from a variety of banks, but he has been unsuccessful because he has no one to stand surety for him.

Last week, Mbulelo was finally able to secure a “grace period” until June, which means that while he is not registered, he is allowed to access the resources of the university and attend classes. This was only after Mbulelo’s family friend, who is a well-known social activist, phoned the university. The letter that confirms Mbulelo’s grace period says that “a private donor has committed to settling his outstanding debt and is working out a payment plan”.

Since leaving residence Mbulelo has been living with his family. “This has helped me figure out what’s more important in life, and made me realise the importance of family. I’m in a better psychological space now. It’s important that families make contact with their children at university everyday.”