Parliament hears how PRASA is going off the rails

“The more trains that are burnt and vandalised, the less we can operate.” 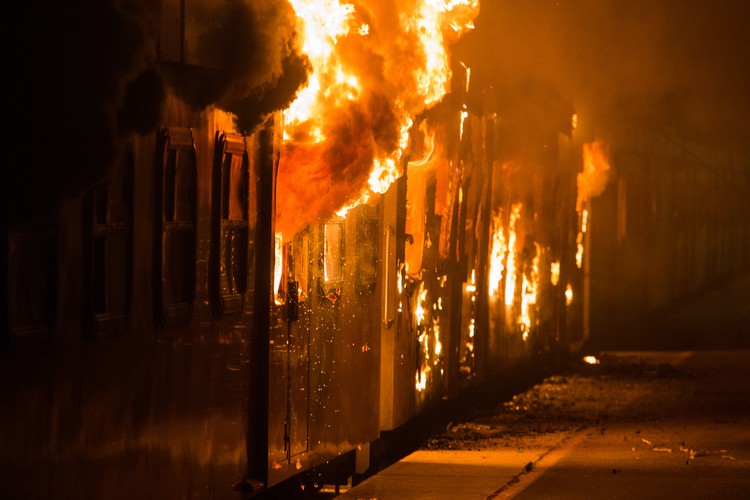 Parliament’s Standing Committee on Appropriations was briefed by PRASA on Wednesday about the extent of vandalism and violence on public trains and how this affects its service. Members heard that during the 2016-17 financial year 322 carriages were set alight and 3,591 crime incidents were reported on Metrorail. During this period 77% of trains ran on time, the committee was told.

PRASA says it has a total of 88 trains that it could put to use in the Western Cape but currently only 61 are in use due to vandalism and arson attacks.

The Acting Chief Executive Officer, Lindikhaya Zide, warned: “The more trains that are burnt and vandalised, the less we can operate.”

“We are experiencing a high rate of vandalism of our assets,” said Zide. He reported that Metrorail had refurbished 461 coaches nationally in the 2016-17 financial year.

MP Shaik Emam was concerned to know what PRASA was doing about passenger safety. Zide said PRASA was consulting the SA Police Service. On cable theft, he said PRASA was looking at how Eskom and Transnet were dealing with problems related to cable theft and trying to emulate that.

Speaking to GroundUp, Emam said he had doubts that PRASA could manage safety concerns as it only spends 6% on protection services. “We want to see how they manage to do this, when they spend so little on protection.”

The Chairperson of the Committee, Yvonne Phosa, said PRASA and the Department of Transport must ensure that “taxpayers’ money is well spent and not wasted”.