Some submissions to the legislature’s email address have been blocked for “unacceptable content”. 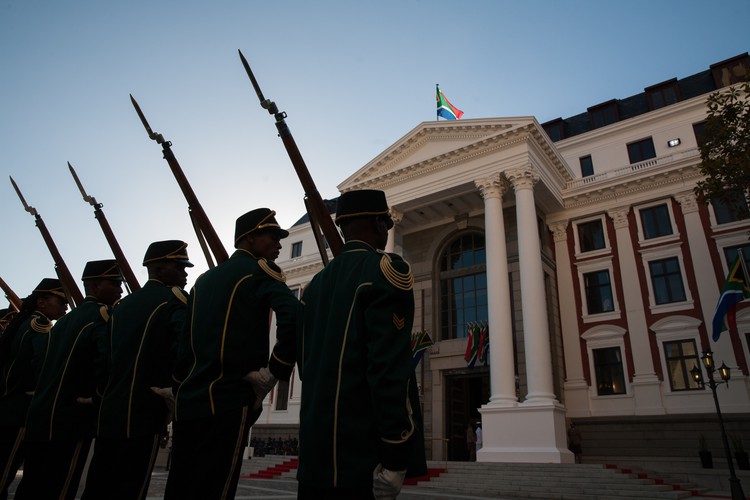 Parliament is considering a bill that would amend the Constitution’s property clause. Archive photo: Ashraf Hendricks

Parliament announced, on Thursday, that it has extended the deadline for public comment to 29 February on the land expropriation with compensation proposal, apparently bending to pressure after numerous submissions were blocked by parliamentary IT servers for “unacceptable content”.

The extension comes after several people attempting to make submissions to the designated parliamentary email address got a message back saying their emails were blocked for “unacceptable content”.

Most of the public submissions are being channelled through participative democracy organisation Dear South Africa, which offers a platform for the public to make submissions to Parliament. The submission page can be accessed here.

“The fact the Parliament has decided to extend the date for submissions on land expropriation without compensation is a victory for participative democracy,” says Dear South Africa founder Rob Hutchinson. “Dear South Africa and many other citizens protested the fact that emails were being blocked for ‘unacceptable content’. When we looked at the content, we could find nothing objectionable. This is worrying that Parliament’s servers appeared to be rejecting submissions for reasons that are vague and lacking transparency. We’re pleased that the extended deadline gives the public more time to make their voices heard, but we are watching closely to ensure that submissions are not being blocked for spurious reasons.”

GroundUp is in possession of several of these bounced emails and they all share one thing in common: they are opposed to the proposed amendment to the Constitution. There appeared to be nothing offensive in the emails, other than some strident language in opposition to corruption and land expropriation without compensation.

Dear South Africa has compiled more than 160,000 comments on the proposed change to Section 25 of the Constitution which would allow the state to expropriate land without compensation. More than 80% are opposed to the amendment, which is substantially higher than the 57% opposed to it when a similar campaign was launched by Dear South Africa a year ago.

GroundUp sent questions to Parliament’s IT Services department about the blocking of submissions but had not received a response at the time of publication.

In a previous response to Dear South Africa over the blocking of submissions, Parliament’s IT Services department said one email was blocked for undesirable content flagged by “proactive filters” operated by its internet service provider. It was unable to say what was undesirable about the submission as such messages are deleted after three days. On further investigation it was found that Parliamentary servers blocked the domain from which the submission had been sent.

Other emails originating from Gmail and Telkom servers have also been blocked.

Hutchinson says it may be a technical issue behind the recent rejection of submissions, with Parliament’s spam filters set too high. These are filters that reject incoming emails containing certain key words, or emails sent from suspicious domains.

“As a participative democracy organisation, we are completely agnostic on the question of land expropriation, but we want to make sure that as many voices as possible are heard on this vital issue for the country. We don’t think Parliament should be deciding what views are acceptable or unacceptable.”

Human rights advocate Mark Oppenheimer says land expropriation is an emotive issue for many South Africans, and the way the matter is being handled is being closely observed around the world. “This has huge implications for South Africa going forward and how we are seen to handle property rights will undoubtedly impact foreign investment in the economy. If government is seen to be trying to smuggle the issue through Parliament in the dead of night, as it tried to do last December before the holidays, or to obstruct the public participation process, this certainly opens it up to legal challenge if the amendment goes through.”

Hutchinson says South Africans will have to live with the consequences of the land expropriation vote, and Parliament must be seen to be doing everything in its power to encourage debate on the subject.