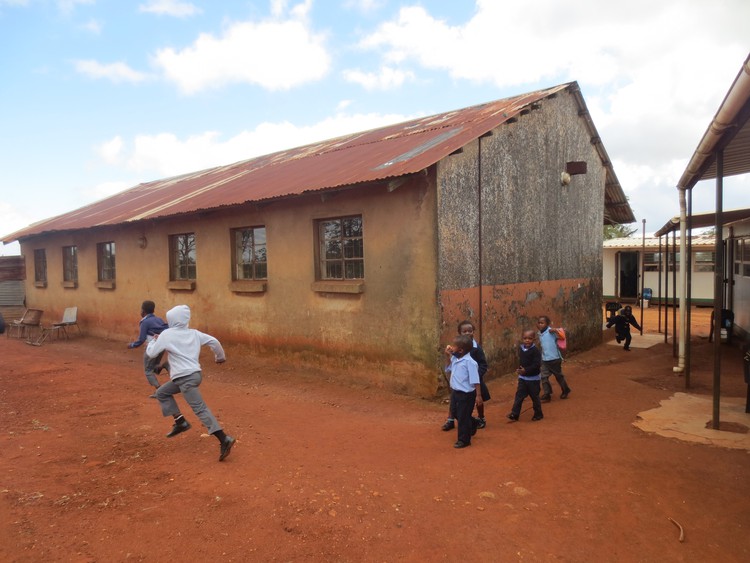 Learners play near the dilapidated classrooms at Maila Primary School built by parents over a decade ago. They want the Limpopo education department to deliver on its promise to build them proper classrooms. Photo: Bernard Chiguvare

Learners at Maila primary school outside Louis Trichardt have been using dilapidated mobile classrooms since 2010. The Limpopo Department of Basic Education says new classrooms and other infrastructure will be built during the next financial year.

For years, learners from Munzhedzi had to walk 30 kilometres to and from the nearest school. In 2009, parents with the help from other villagers built two classrooms that could only accommodate two grades.

When the school opened the next year, the two grades were taught in classrooms and the rest were accommodated at a nearby church.

According to Tshotheli Muvhango, school governing body member, the department gave them mobile classrooms the following year. There are currently six mobile units and one structure made of zinc sheets.

There are two water tanks, of 5,000 and 10,000 litres, but they only use the smaller tank. The school used to get water from the communal pump nearby but it was disconnected three months ago. Currently the school hires people to deliver water twice a month at a cost of R1,200 to fill the small tank.

“This information will be made available to the school in line with our infrastructure briefing protocols to the community,” said Tidimalo Chuene, spokesperson for the provincial department.

Chuene said that a team would visit the school soon to assess the current state of the mobile units.