Education department says many of the learners applied late 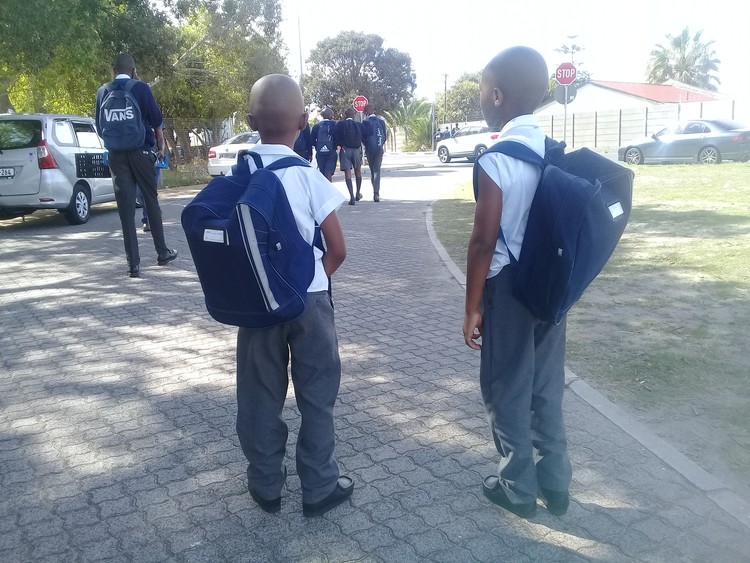 The Department of Education says over 5,000 learners have still not been placed at schools in the Western Cape. Photo: Marecia Damons

Department spokesperson Bronagh Hammond says that most of the learners were unplaced as a result of late school applications. “Of these learners, 3,223 applied after the 2020 process had closed for admission to schools. And 2,703 of the 3,223 only applied in 2021,” said Hammond.

The remaining 2,277 learners applied on time but are yet to be placed, she said.

Bellville resident Mncedisi Sibayoni said he had not yet found a high school for his 13-year-old son, despite having applied on time.

Sibayoni said he had applied to three schools in Cape Town, and one in the Cape Winelands area. By May 2020, he had still not heard back from the schools about his son’s application. In June 2020, he received an email from the WCED informing him that his son had not been accepted at any of the schools he applied to because they were “all oversubscribed”.

Sibayoni said he was advised by the department’s district office in November to ask the schools to review his son’s application. “I did so, and [the schools] informed me that they placed my child on the waiting list and that he would get placement once schools reopened and if someone did not fill a place. I couldn’t really bank on that, so I sent the schools’ responses to the district education department,” he said.

Sibayoni again approached the department in January and was told to wait until mid February to give the schools an opportunity to offer placement to learners who are on their waiting list. When he did not get feedback from the schools, Sibayoni approached the school’s admission offices directly.

He said he was told that “they were waiting for instruction to be given from the Department” and that “any further communication must be done through the Department”.

In response to questions about Sibayoni’s son’s unsuccessful applications, Hammond told GroundUp they had not applied to three schools which were closer to where they live. But Sibayoni said those schools were not suitable or the medium of instruction was Afrikaans.

“My child is still sitting at home and time is running out.”

“The situation is traumatising for our son. All his friends are at school and they are communicating every day, so he feels that maybe there is something wrong with him,” Sibayoni said.

In her 2021 Western Cape Education budget speech, provincial education Minister Debbie Schäfer said there are 19,000 more learners at schools in the province than in 2020.

“With sustained increases in our learner numbers, our needs are not being met with the required increase in budget. This is something we have warned about for years now, yet people still jump up and down and act surprised when we have learners who are unplaced,” Schäfer said.

The Centre called on the Department to set a reasonable timeframe by which all learners in the country must be inside a classroom.

Hammond said the Department was still placing learners at schools every day and that catch-up programmes were available for these learners.