Rally against corruption will take place on Sunday 21 July 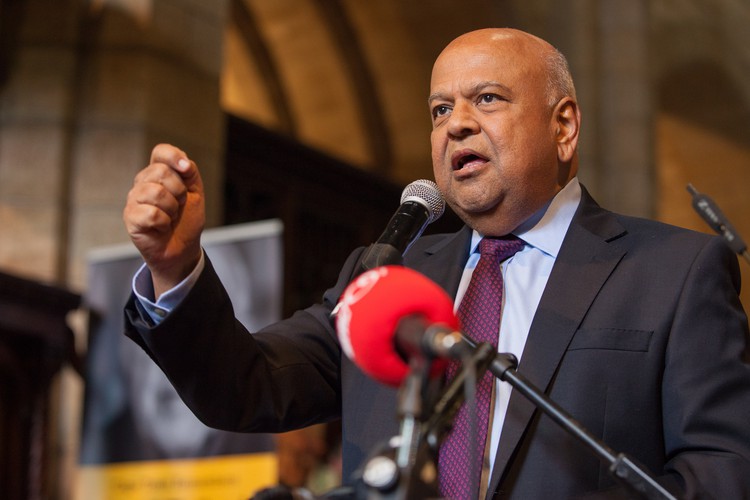 Civil society organisations spoke out against corruption and in support of Minister Pravin Gordhan in a press conference in Johannesburg on Thursday. Archive photo from 2017: Ashraf Hendricks

The Ahmed Kathrada Foundation, South African Communist Party (SACP) and other civil society organisations have called for a joint campaign against state corruption.

The call was made at a press briefing held by the coalition at Constitution Hill on Thursday afternoon. Civil society organisations who endorsed the campaign included Amnesty International, SECTION27, Socio-Economic Rights Institute, Corruption Watch and others.

The campaign follows the appearance of former President Jacob Zuma before the Zondo Commission this week. The commission is investigating state corruption particularly under the administration of Zuma and the relationship between the Gupta family and the state.

“We are at a crossroads that can either see us rebuilding our country after a decade of capture or being drawn backward to an ethically bankrupt state,” read a statement released by the coalition on Thursday. “We are calling for ever high levels of vigilance and energy in defence of our democracy.”

The Executive Director of Amnesty International South Africa, Shenilla Mohamed, said the organisation usually does not get involved in political issues. “But we have endorsed this statement for the simple reason that corruption has deprived people of their basic human rights,” she said. “The money that was supposed to be used to uplift the lives of people and basic service delivery… is being used and stolen from the state.”

Deputy General Secretary of the SACP, Solly Mapaila, said: “We have fought very hard to get to where we are and we cannot allow ourselves to be taken back.” He said the campaign was also to protect people who had spoken out against corruption and were victimised for it. He mentioned Pravin Gordhan as one of the people who had been singled out and criminalised for fighting against corruption.

“Disappointingly, some educated people think that the fight against corruption in state owned enterprises is a fight against blackness … No black professional should be proud of corruption,” he said.

He said the narrative that Gordhan was anti-black is “completely unacceptable”.

“If we allow someone like comrade Gordhan to fall, we will all fall one by one and corruption will never be defeated,” he said.

He urged everyone to attend a rally at Johannesburg City Hall on 21 July.